You'll have to pay for the privilege, though 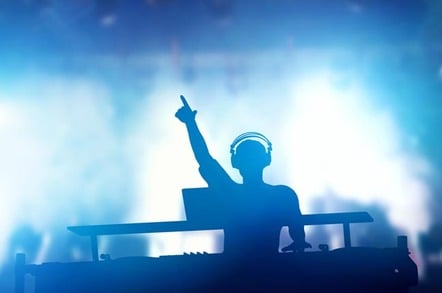 Microsoft Windows 10 users are spoiled for choice when it comes to Linux these days, and now open-source startup Whitewater Foundry has added yet another option for penguinistas living in a Windows world.

Ubuntu, SUSE and Debian are all available for use under Microsoft's Windows Subsystem for Linux (WSL). However, the line-up has thus far been void of anything from that minnow of the Linux world, Red Hat.

Whitewater Foundry had already released a WSL-optimised version of Debian to the Microsoft Store back in 2018. We took a look in September and found much to like, particularly the ease with which we were able to fire up graphical Linux apps on the Windows 10 desktop from the previously resolutely command-line-focused WSL.

After being approached by members of the Fedora community, Whitewater decided to have a crack at getting the distribution onto Microsoft's Linux compatibility layer in the form of Fedora Remix.

Remix products allow anyone in the Fedora community to create something derived from the official Fedora platform and can contain software that the maintainers of the official distribution might otherwise frown on.

Whitewater had already added support for Red Hat Enterprise Linux (RHEL) in the Enterprise version of WLinux with a view to supporting corporate WSL fans in their efforts to persuade CTOs to let them use the thing. The hope, according to Whitewater's Hayden Barnes, is that it can be demonstrated that users can "deploy WSL using WLinux Enterprise using existing RH infrastructure to give them the control they need in secure and regulated environments".

Barnes told The Register that getting Fedora up and running was simple "because WLinux supports the Red Hat family of Linux distributions so well, it supported Fedora as well".

Naturally, we took the WSL Fedora Remix distribution for a spin and can confirm that, yes, it's Fedora.

Being a Remix, the team made some changes. Barnes said: "We removed unnecessary packages to keep the download light and Fedora branding to comply with the Remix program terms. We also dropped in some very basic WSL-related optimizations ported from WLinux."

So, if sendmail is your thing, perhaps just fire up Hyper-V and mount a handy Fedora image.

While lacking the consumer-friendly chops of WLinux, Fedora Remix is a welcome addition to the range of distros tweaked for WSL, although unlike the likes of Ubuntu, Whitewater do expect you to pay for the privilege of downloading the thing. The gang also noted that it expects to maintain good relations with Red Hat, with the IBM acquisition having had “no impact”. Yet, at any rate.

Barnes' passion for WSL, however, remains undiminished. "The existing Linux distros and a lot of mainstream companies approach WSL as kind of a novelty. They are wrong."