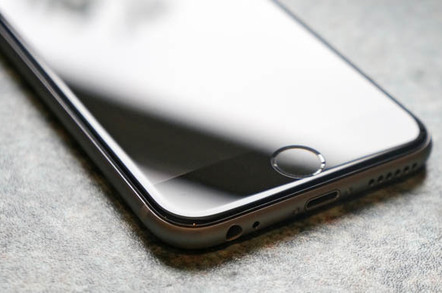 Apple has emitted a handful of software patches to address security vulnerabilities in iOS, macOS, and various peripherals.

The round of updates includes a number of fixes for critical flaws in WebKit, FaceTime, and Mac and iThing kernels.

For iOS handhelds, the update is billed as iOS 12.1.3. It applies to iPhone 5s and newer, iPad Air and newer, and iPod Touch 6th generation devices.

The WebRTC component in iOS was also found to contain a memory corruption flaw CVE-2019-6211 that would allow for remote code execution attacks via web content.

Also addressed in the iOS update were a trio of remote code execution flaws in SQLite that had been collectively known as Magellan. Discovery of the flaws has been credited to Tencent's Blade Team.

The iOS kernel was found to contain six different vulnerabilities that would allow an installed application to elevate privileges and view restricted memory contents on a vulnerable device. Because Apple maintains such tight control over the iOS App Store, these vulnerabilities are far less likely to be exploited in the wild than, say, a WebKit flaw that can simply be baked into a webpage.

As is often the case, many of the vulnerabilities addressed in the iOS update also had to be patched in the macOS update (known as Mojave 10.14.3 or Security Update 2019-001 for Sierra and High Sierra.)

In this case, the BlueTooth, FaceTime, and WebKit patches were all repeated, as were the WebRTC, SQLite flaws, as well as a pair of sandbox escape/elevation of privilege vulnerabilities in Core Animation.

The above-mentioned elevation of privilege and memory snooping bugs in the macOS Kernel were also patched, and as Mac users are more apt to download and run untrusted applications, those flaws would pose a significantly higher risk in the wild than they do on iOS devices.

Among the patches unique to macOS were fixes for an elevation of privilege bug (CVE-2018-4467) in Hypervisor and an arbitrary code execution flaw in the Mac's Intel Graphics Driver (CVE-2018-4452).

The nine WebKit bugs, meanwhile, are addressed in the Safari 12.0.3 update for macOS Mojave, Sierra, and High Sierra. In addition to the browser engine fixes, the Safari release cleans up CVE-2019-6228, a cross site scripting vulnerability that stemmed from improper URL validation.

Those using Apple's wrist-slab and set-top boxes will want to be sure to get the firmware updates for those devices as well. Thanks to sharing a number of components with iOS (including part of WebKit and Kernel) as well as FaceTime, IOKit, and SQLite, both the Apple Watch (watchOS 5.1.3) and the Apple TV (tvOS 12.1.2) will be getting a set of their own updates.

Those using AppleTV can get the fixes by checking the 'software updates' under the box's system settings menu. Apple Watch owners, meanwhile, will want to use the Apple Watch app on the iPhone to download and install the firmware update.

Windows users get a patch as well

Even those who use PCs will want to keep an eye out for updates for their Apple software. Cupertino is giving Windows users an iCloud for Windows update (version 7.10) that includes the three SQLite security fixes as well as the WebKit patches. That fix will be served up through the Apple software update tool. ®