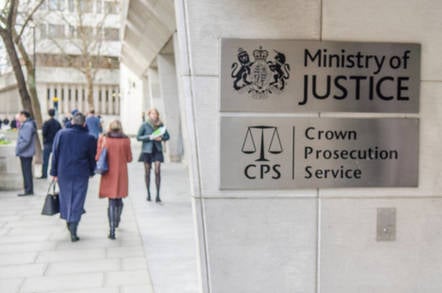 The Ministry of Justice has said a data centre outage was responsible for the widespread collapse of the UK's civil and criminal court IT infrastructure over the past few days.

In a statement to Parliament today, justice minister Lucy Frazer pinned the fault on Atos and Microsoft, saying there had been an "infrastructure failure in our suppliers' data centre."

UK.gov's love-in with big biz for digital services continues, as does claim of boosting small firms

She said the MoJ was "very disappointed" that the suppliers "haven't yet been able to resolve the network problem in full", and said permanent secretary Richard Heaton was meeting the chief exec of Atos this afternoon.

When asked whether the department would be seeking compensation for the chaos, Frazer said: "Of course we will be looking very carefully at the contracts, which include penalty clauses."

The minister claimed network access had been restored to 180 court sites and that 90 per cent of staff now had working computer systems. The rest are expected to be "fully operational" tomorrow morning, she said.

In a statement, the MoJ also claimed court hearings were "continuing to progress", though this is inconsistent with the evidence of actual lawyers working in those courts, whom we quote below.

Systems affected appeared to have knocked out the civil county courts, the criminal magistrates' and Crown courts, and paralysed the Crown Prosecution Service as well as lawyers' chambers, which were unable to rely on their secure communication channels.

Frazer said the prison service had not been hit, that the incident was not a result of a cyber attack and that no criminals had gone free as a result.

This echoed the MoJ statement from earlier today, which said it was not "freeing criminals unlawfully" as a result of nobody in the justice system having a clue what was going on.

The key word there is "unlawfully". Someone summonsed to court for a minor offence who is unable to have a hearing or a trial is not a criminal until found guilty. Without working IT systems, it appears that modern English courts are unable to convict anyone – so releasing someone in that situation cannot ever be "unlawfully releasing a criminal".

At best, the MoJ is desperately trying to spin its way out of a hugely embarrassing situation that is largely its own fault for putting all of its eggs into one IT basket, including its overambitious Common Platform Programme.

However, Frazer used the opportunity to argue that the incident demonstrated the need for the MoJ's £1.2bn digital reforms to the courts systems, as HMCTS is currently operating on a legacy system in need of updating.

She also said that previous investment in Wi-Fi in the courts was the only thing that allowed staff to continue working during this week's chaos.

The Law Society Gazette reported yesterday that vital case management systems had gone down in magistrates' courts, Crown courts and even the Old Bailey.

Chris Henley QC, chairman of barristers' group the Criminal Bar Association, told the Gazette: "Crumbling court buildings are bad enough for court users - both the public and criminal practitioners - but digital failures can have far more profound consequences for all those awaiting trial."

The provider confessed that some users' mailboxes were being wiped clean during efforts to restore system functionality.

And earlier this week even the XHIBIT system, which is used by barristers to record their attendances at court (vital for securing legal aid payments from the State) as well as recording key events during trials (what day/time a witness was sworn in, what time the jury was sent out to deliberate on a verdict, etc) was down for the count, sources told us. ®