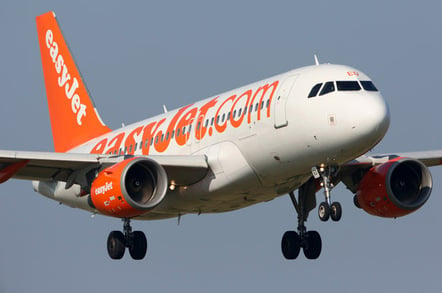 The boss of Squeezyjet Easyjet is "disappointed" by the time it took London's Gatwick Airport to overcome the drone crisis that led to multiple flight cancellations and cost the budget airliner £15m.

EasyJet today released Q1 financials for the three months to 31 December, which show the impact of the closure in late December.

The shutdown was prompted by reported sightings of drones being flown overhead, though authorities have yet to identify the culprit.

EasyJet calculated the drone debacle had cost it £5m in lost revenue and cancelled flights, and £10m in customer welfare costs.

About 82,000 customers were affected, and the firm – which is the largest of Gatwick's airline customers – had had to cancel more than 400 flights.

CEO Johan Lundgren said in a statement that he was "proud of the way our teams worked around the clock to mitigate the impact of the incident and looked after affected customers".

But he was less positive about Gatwick Airport's reactions, saying that he was "disappointed it took such a long time" to resolve and to get the right equipment in place.

Lundgren also suggested there may be more drones sightings in future – there has already been another incident, at Heathrow earlier this month – but hoped Gatwick's handling of it had served as a "wake up call" for airport operators and that processes will improve net time.

The Evening Standard reported that the boss had said the firm was "in conversation" with the airport over compensation for losses incurred.

* Bootnote: The Reg's own intrepid newshound Richard Speed was one of the hapless travellers unwittingly caught up in the Gatwick debacle, though we are pleased to report that eventually managed to fly, albeit via Luton Airport.

Cargoes of human misery to cease

EasyJet wanted to fling me off flight for diss tweet, warns cyber-law buff

No flight delays at Bristol base, miraculously*