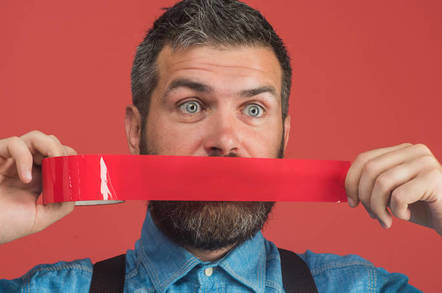 The phenomenon of "prescient Facebook advertising", so beloved of conspiracy theorists who think social networks listen to your microphone, might instead simply be evidence of how good Facebook's algorithms have become.

Speaking to The Register, co-author Lewis Mitchell of Adelaide University said the chief conclusion of the work he conducted with Vermont's James Bagrow and Xipei Liu related to how well individuals can be predicted not from their own posts, but those of their friends.

Analysing posts from as few as eight of your friends is enough to predict what you'll write next, with up to 64 per cent chance of success.

Mitchell told El Reg the research looked at a question relevant in a post-Cambridge Analytica world: how effective is deleting your account in protective privacy?

Not very much, the trio found. By focusing on people's networks of friends, their startling discovery was that close to 65 per cent of the time, with eight or nine friends' feeds to analyse, they could predict the next thing you would say.

Mitchell summarised the research question as: "How well can a model do, at predicting the next word out of your mouth?"

To answer that, the group analysed more than 30 million Twitter posts from nearly 14,000 users, focusing on 927 "ego-networks" of the "ego" (the person at the centre of the network) and their 15 most frequently mentioned Twitter contacts.

They mined that data to measure "entropy" (how much information is needed to make an accurate next-word prediction), perplexity (a measure of uncertainty about the "unseen" words), and predictability II (the probability of an "ideal algorithm" – a statistical spherical cow, if you will – of making a correct prediction).

Mitchell said this provided an information theory, but one in which the fundamental unit is words, rather than 1s and 0s.

As few as eight or nine contacts is sufficient to reach that level of predictability, the paper stated.

The good news: that's not a permanent state of affairs. If you deleted your account, the quality of inference that can be made according to your (former) friends' posts will deteriorate over time.

"There's a recency effect," Mitchell said. "If you delete your account, the information will wash out, and the predictability about you from your friends' posts will eventually decay."

However, he said, the research clearly made the case that it's misguided to overemphasise individual responsibility for privacy. Privacy is clearly a collective responsibility.

"The responsibility lies with FB and Twitter, the social media platforms – they're the ones that have that network-level view, it's something the network has to grapple with."

What's this got to do with those advertisements that creep people out by seemingly intruding on their recent real-life conversations?

Mitchell said work like his group's provides a theoretical underpinning to understand how good the "black box" of a social media algorithm can be.

"After this, I'm not surprised by the ability of Facebook to recommend ads as if they had the microphone turned on," Mitchell told The Register.

He said people are so predictable from their friends' posts, "you could conceivably build language models about the types of statements someone might make, and in principle use that for recommendations". ®