The question now is: Will it move forward or not? 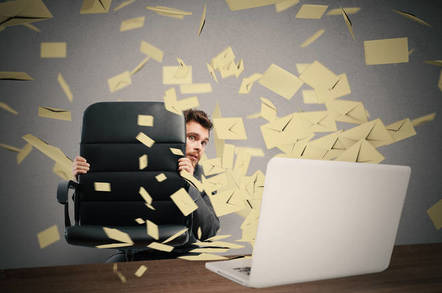 Analysis The future of a critical change in European copyright law is under doubt after negotiations designed to clarify wording have left all sides frustrated.

This week, the European Parliament is due to finalize details of the EU Directive on Copyright in the Digital Single Market, but recent changes to one key element – Article 13 – have led to variety of organizations asking for significant last-minute changes or even abandonment of the whole project.

It goes on: "The European Union cannot miss this unique opportunity to achieve one of the key objectives of the European Commission proposal, which was to correct the distortion of the digital market place caused by User Upload Content (UUC) services." It asks for "substantial changes… to get the Directive back on the right track."

A second letter [PDF] from 14 different organizations in the same media fields makes it plain that it doesn't see the required changes being made and so calls for the EU to "suspend negotiations with respect to this article."

It also argues that there are still legal questions to be answered and one case in particular heading to the European Court of Justice (CJEU) may change the law to such a degree that the current directive's wording could actually make the situation worse.

"The Commission should continue to monitor the developments on CJEU level, in particular in case C-682/18, and decide, following this judgment, whether legislative intervention might be necessary in the future," it argues.

Meanwhile, those who have long been opposed to the articles, including tech giants – particularly Google and its YouTube subsidiary – as well as internet luminaries and copyleft lunatics worried about the potential for online censorship, are sounding the same alarm, claiming that the proposals are unworkable and could be damaging.

So what are we talking about? Well, while much of the directive is non-controversial and simply updates current copyright, two parts of it – Articles 11 and 13 – have stoked controversy from day one.

Article 11 covers the use of "snippets" of news articles and would require aggregators like Google to pay for their use of other people's (largely newspapers) copyright. Newspapers like this; Google hates it.

And Article 13 covers the uploading of copyrighted material and would require large and medium sized companies to introduce systems that check whether content being uploaded by users is a copyrighted work before it is made available on their site. Movie and music companies (including "content creators" i.e. bands and filmmakers) love this; Google/YouTube etc hate it.

The issue isn't really the concepts themselves: despite all the complaining, the fact remains that internet companies have for years made fortunes by effectively stealing other people's content.

Google has no right to take other people's newspaper articles and give them away for free while plastering its own ads on top it. Likewise, YouTube et al have long been repositories of people's music and videos – which they have spent huge amounts of time, money and effort producing – and made money from that without paying the people whose content they are profiting from.

After years of pushback, the current system comprises copyright holders have to complain directly to Google/Facebook/generic tech giant that their copyright is being infringed, complete with a URL, and the company is then obligated to remove it.

Next page: Messing with the 'net
Page:
Tips and corrections
75 Comments

Is this copyright battle worth it?