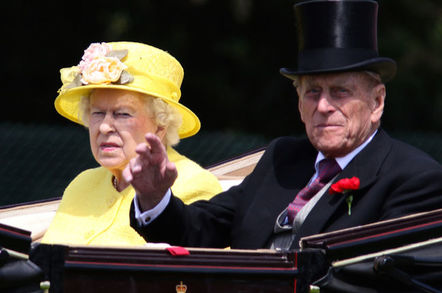 A cheeky eBay seller sought to cash in on the love Great Britain bears for everyone's favourite dithering racist royal by attempting to auction debris from the crash Prince Philip was involved in last week.

According to the BBC, what appeared to be little more than a pile of shattered glass and plastic fetched an astonishing £65,900 in 139 bids before it was deleted by eBay.

It must have been down to the auction's enticing description, which proposed the rubbish "may even have Phil's DNA on it, if you wanted to clone him".

Because who doesn't want a shambling Imperial hangover wheezing inappropriate comments over your shoulder?

Of course it was all japes to seller morbius777, who promised to donate the sum to Cancer Reasearch UK.

eBay, however, removed the listing due to its "policy relating to the sale of any item that seeks to profit from human suffering or tragedy".

The listing read: "These items are not stolen, they have been left at the roadside for way too long.

"It amazes me that they weren't cleaned up on the day. So, as opportunists do, I tidied them up.

"There's no financial gain in this for me, all proceeds going to charity. It's a bit of fun, and Cancer Research get to benefit."

In case you've been living under a rock, the Queen's bit on the side, also known as the Duke of Edinburgh, collided with a Kia near the royal Sandringham estate in Norfolk on Friday and managed to flip his Land Rover on its side.

The 97-year-old was uninjured, but the driver of the other car received cuts to her face and a passenger's wrist was broken.

Phil hasn't apologised because, well, they're only peasants, aren't they?

A couple of days later, he was back behind the wheel – without a seatbelt, no less. ®