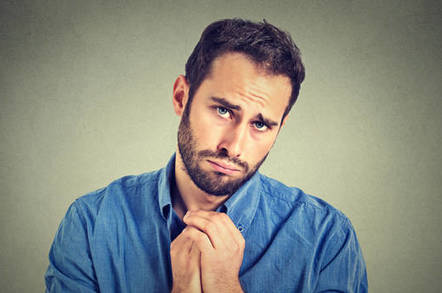 Updated America's broadband watchdog, the FCC, has asked the courts to postpone an appeal against its net neutrality repeal out of "an abundance of caution" due to the partial US government shutdown.

The Washington DC court hearing the appeal has stated it will continue operating until January 25, at which point it will run out of funding due to the ongoing federal shutdown, which is right now in its 27th day. Oral arguments in the case are due to start on February 1, but only if President Trump ends the deadlock. Thus, the lawsuit, which seeks to overturn the FCC's decision to kill off America's net neutrality safeguards, could end up taking a nap anyway due to the political impasse, but the regulator wants it's all officially pushed back, just in case.

The FCC argued [PDF] that while it "recognizes that the Court has indicated that arguments in February will proceed as scheduled ... due to the recent lapse in funding for the FCC and the relevant component of the Department of Justice ... it should move for an extension to ensure that attorneys may fully prepare for argument." It cites the Antideficiency Act as legal justification.

While all the intervenors on both sides of the argument have refused to take a position on whether there should be a delay, the petitioners have made their thoughts plainly known in a reply filing [PDF].

"Due to the FCC’s misguided and unlawful repeal of the network neutrality rules, consumers are at risk of substantial harm from Internet Service Providers (“ISPs”)," the filing from Incompas – an organization that represents streaming companies, edge providers and broadband builders – argues.

The rules as they currently stand allow ISPs to "interfere with access to lawful Internet content" and edge providers face "the risk of blocking, throttling, and other practices by ISPs," it argues.

It also lists several legal precedents, including the court's own decisions during the 2013 government shutdown when it received – and refused – 16 motions for delay, as grounds for turning down the FCC's request. Indeed, the court has received many similar requests this time around and, so far at least, has denied them.

But with no sign that the current impasse over government funding – in which the president is demanding billions in additional funding for some kind of border wall, and Democrats are refusing to accede – it is very possible that the case will be delayed regardless. The court will run out of funding on January 25 – next Friday – so unless the situation is resolved, it won't be possible to hear cases.

In the latest effort to break President Trump's insistence that he will not approve the government reopening without wall funding, House leader Nancy Pelosi (D-CA) poked him where it hurts by "asking" him not to give the annual State of the Union address until the government was funded, and suggested sending a letter instead.

Currently, the security officials that would be needed to protect the event are working without pay. The annual address is the one big event where a president gets wall-to-wall media coverage; something that President Trump is particularly attracted to.

In predictably high-minded fashion, the president has responded by cancelling Pelosi's government transport for a planned trip to Brussels and Afghanistan. The dispute goes on.

As for the FCC net neutrality case itself, it was brought by a combination of internet companies and state governments infuriated by the regulator's decision to overturn its own rules, made just two years earlier, and effectively allow ISPs to interfere with content over its networks.

So far that interference has been limited, in part because the rules revocation is under legal review and in part because of a feared backlash from consumers. But if the DC appeals court does uphold the FCC ruling, many expect ISPs to slowly introduce a range of restrictions on content with an eye to increasing profit margins.

Among the internet organizations opposing the FCC are: Mozilla, Vimeo, Public Knowledge, Open Technology Institute, Etsy, Center for Democracy and Technology, and Incompas. And 22 of the 50 states have also signed onto the appeal, including New York, California, Virginia, Maryland, Pennsylvania and New Jersey.

The case argues that the FCC's decision to revoke its previous rules is flawed. It proposes that the FCC has fundamentally misunderstood how the internet works in its justification; that it acted outside its own authority by effectively delegating its authority to another federal agency (the FTC), when only Congress can make such a determination; and that it failed to engage in "reasoned decision making" when it made the decision.

One year on after US repealed net neutrality, policymakers reflect soberly on the future

That last point highlights the well-documented and mind-boggling efforts that the FCC leadership went to in order to ignore widespread and vociferous opposition to its plans, including running a fatally flawed public comment process, and actively ignoring well-reasoned criticism of its plan and justification for approving it. At the time we dug into how "calculated ignorance has been used as a smokescreen to avoid serious policy discussions."

The process was so badly run and so blatant in its manipulation that even a year on, policymakers are incapable of having a reasoned discussion of the issues underlying the problem: that the United States doesn't have any laws that can effectively deal with the modern internet era and are reliant on shoehorning outdated rules.

When the case is finally heard, it could swing either way: the DC appeals court has ruled several times on net neutrality rules, both rejecting and supporting them. This case is particularly unusual in that the FCC got rid of rules that the court had previously supported.

Whichever way the case goes, there is another parallel legal challenge underway: the FCC challenging California's own net neutrality law that the state introduced in response to the FCC getting rid of the rules.

In short, it is extremely unlikely that the issue will ever get fully resolved because the next FCC administration, if it has a Democratic majority, will likely reverse the reversal.

The only real solution is Congressional legislation that accounts for the modern digital world but for that happen the legislature would have to start functioning like a proper law-making body, and even the most optimistic policymakers don't feel that is likely to happen any time soon. ®

Defenders of net neutrality will get their day in court on February 1, after the FCC's petition to delay the hearings was rejected. The one Democratic FCC commissioner seems happy with the result...

The court just denied a request from the @FCC to delay oral argument in the lawsuit seeking to overturn the agency's misguided roll back of #NetNeutrality. So now both sides will make arguments in court on February 1. Stay tuned. The fight for an open internet continues . . . .