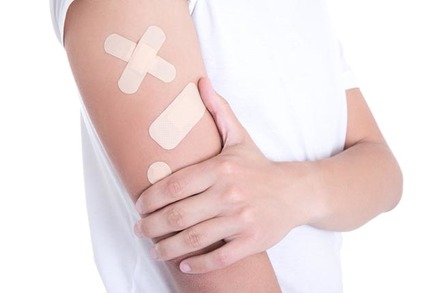 Microsoft has released a second raft of fixes for Windows 10 following the monthly Patch Tuesday excitement last week. It has also issued some fixes for its latest Windows Insider build.

The cursed October 2018 Update has yet to receive a second whacking with the patch stick. Microsoft is likely a little nervous about poking the thing too hard in case it bites again.

All three updates resolve an issue that cropped up during the 8 January fixing frenzy which left third-party applications having difficulty authenticating hotspots. The issue remains open for the October 2018 Update, with Microsoft only saying that a “solution will be available in late January”.

Also left open is an Access 97 issue, where Jet databases using the venerable file format fail to open if the database has column names greater than 32 characters. The workaround, according to Microsoft, is to either reduce those name lengths or upgrade the thing.

Understandable. Microsoft Access 97 came to the end of mainstream support almost exactly 15 years ago. However, as we discovered ourselves while researching another story, a distressing number of organisations still rely on databases using the technology.

While today’s updates haven’t dealt with the issue, Microsoft does reckon a fix will be inbound by “early February”. Presumably after it has dug out the ancient source to work out exactly what in patch Tuesday made Jet and the Access 97 file format so poorly.

Known issues aside, the updates also deal with a slew of bugs, including Edge focus events and a problem that makes BitLocker Network Unlock fail on generation 2 virtual machines on an IPv4-only network.

Microsoft also flung out a patch for the current fast ring version of Windows 10 (aka 19H1) rather than simply issuing an entirely new build.

The OS, which is intended for Redmond’s army of volunteer Windows Insider testers, received tweaks fixing File Explorer getting a little too attached to USB drives and a GSOD (Green Screen of Death) habit the OS had developed over the last couple of flights.

Microsoft also fixed an issue where a password change could result in the next unlock hanging for Active Directory users, something that will make the preview OS a good deal easier to test for Enterprise customers.

It is those enterprises that Microsoft really wants to get onboard with the firm as the release of 19H1 creeps ever closer. ®