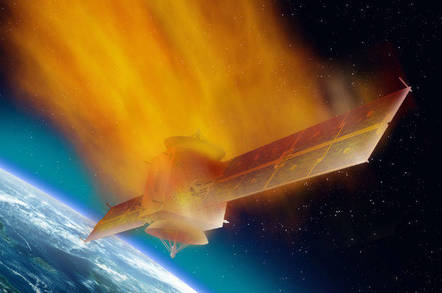 Warned by the US and Israel not to launch a satellite, Iran went ahead and launched one anyway, but the payload didn't make it to orbit.

According to the country's official news agency, IRNA, the launch failure was announced by Iran's IT minister Mohammad Javad Azari Jahromi.

The Payam-e Amirkabir satellite was sent upwards from the Imam Khomeini Spaceport early Tuesday, and while the first two stages went according to plan, the third stage “did not reach enough speed … and was not put into orbit”.

The IRNA story said Payam was an imaging satellite designed to capture 1m-resolution pics from low-Earth orbit, but America and Israel disagreed. They believe the launch was cover for an attempt to develop an intercontinental ballistic missile.

US Secretary of State Mike Pompeo had previously warned Iran to abandon the launch or face increased sanctions. On January 3, the secretary issued this statement, saying the Iranian space launch vehicles (SLVs) “incorporate technology that is virtually identical to that used in ballistic missiles, including in intercontinental ballistic-missiles (ICBMs).”

CNN said Secretary Pompeo reiterated his condemnation of the launch on Tuesday, but didn't say whether new sanctions were on the way.

Russia – stop me if you've heard this one – doesn't agree and has said so. Its senior nuclear negotiator Sergey Ryabkov told IRNA vehicles for satellite launches can be distinguished from ICBMs.