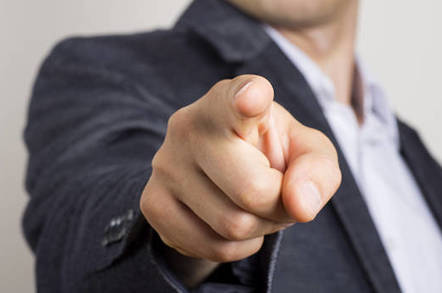 America's comms watchdog – the FCC – has controversially forced local governments to charge a flat fee for 5G cell towers. It's a move opposed by everyone except the mobile operators, and has been challenged by new legislation.

On Tuesday, California Congresswoman Anna Eshoo (D-CA) introduced HR 530, arguing that the regulator had forced the legislative branch to act because it had "failed to listen to reasonable input from communities across the country, cowered to industry interests, and failed to put the public interests first."

She went on: "5G must be deployed responsibly and equitably [but] the FCC let industry write these regulations without sufficient input from local leaders."

Eshoo is backed up by the mayor of San Jose, Sam Liccardo, who has been a vocal opponent to the rules. "This legislation will preserve the ability of local communities to negotiate fair, market-based broadband deployment agreements and close the digital divide that exists for 34 million low-income and rural Americans," he argued.

Liccardo's opposition, especially an op-ed in the New York Times that argued the move would expand, rather than narrow, the digital divide, sparked a bizarre response by the FCC Commissioner pushing the measure, Brendan Carr, who attacked the mayor for failing to approve any 5G sites and then, when it was pointed out he was wrong and 82 sites had been approved, attacked Liccardo for approving them.

Other high-profile opponents to the rules include the cities of New York, Los Angeles, San Francisco, Philadelphia, Chicago, Las Vegas, San Diego and Seattle. And there are currently no less than six lawsuits challenging the legality of the rules.

The rushed approval of the flat-fee 5G rates is just one example of how the current FCC leadership under Ajit Pai has both introduced new rules and removed old ones that appear designed to benefit a single stakeholder: the telco industry. Other examples include the removal of net neutrality rules, the removal of privacy rules, lifting of ownership rules, and the stacking of committees with industry representatives.

Pai's actions have earned frequent rebukes from lawmakers and his own commissioners and sparked several internal investigations. But thanks to his carefully handling of policy issues and by stacking the Commission with his former advisor Brendar Carr, Pai has been able to escape serious censure.

Both Pai and Carr previously worked for the industry that are supposed to be overseeing: Pai was an associate general counsel with Verizon, and Carr worked for AT&T, Verizon and the two main telcos trade associations as a lawyer-lobbyist while at law firm Wiley Rein.

But, although the FCC is a semi-autonomous arm of the executive branch, Congress is a greater authority and the legislature can override the regulator's rules.

As such the Accelerating Wireless Broadband Development by Empowering Local Communities Act of 2019 would specifically overturn the FCC's 5G regulations which impose a flat fee of $270 per year per 5G site with a $500 application fee for the first five applications and $100 thereafter. It also obliges local governments to make a decision on applications for new cell sites within three months and removes several common reasons for denying such applications.

The FCC claims that this imposed solution will remove $2bn in "unnecessary fees" and lead to $2.5bn in additional network investment. But local governments say the rules not only undermine existing agreements but that the imposed fees won't cover the cost of maintaining the sites.

They also question the claim that it will lead to greater investment with the city of San Francisco formally complaining that there is "no basis for concluding that the Proposed Order will increase investment in rural areas or anywhere else." In subsequent earnings call, several telcos have openly admitted that the new rules won't affect their network investment plans.

It remains to be seen how much support Eshoo's bill can elicit, but there is a good chance it will proceed. The recent majority takeover of the House of Representatives by the Democratic Party will help and the fact that the issue will pitch local and city governments against corporations means that the issue may break out of the usual partisan rut.

Either way, what the legislation should signal to the FCC is that it is supposed to be an independent regulator to take all views into account and strikes the best compromise between them in the public interest, rather than act as an agent of one industry's desires. Unfortunately, the current FCC leadership is more prone to self-promotion than self-reflection. ®