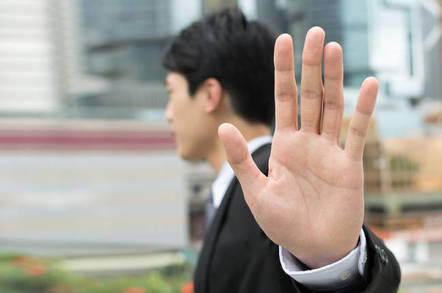 It's only the third week of January, but 2019 is turning into a horror year for Huawei: the company's phones have now been reportedly banned from a major research institute in Taiwan.

United Daily News quoted from the Institute's internal notice: “ITRI is a national science and technology research and development unit. Many research and development contents [sic] involve confidentiality. In order to maintain information security and comply with government policies, if you use Huawei mobile phones from 1/15 noon, you will not be able to use the Institute's wireless internal network.”

The edict affects ITRI's 6,000 staff, and the organisation reportedly also conducted an audit to ensure no Huawei kit was installed on its networks.

Along with last week's arrest in Poland that reportedly led to that country considering its own ban, there's more trouble in the US. According to the Wall Street Journal, the US Commerce Department has blocked Huawei's Silicon Valley R&D subsidiary, Futurewei, from sending some of its technologies back to China.

The Commerce Department sent a letter advising it would not renew an export licence covering telecommunications technology and software. The WSJ said the Futurewei unit has a $16m budget and more than 40 staff.

Futurewei has been embroiled in trade secrets disputes in the US. In July 2018, whistleblower Jesse Hong claimed Huawei and Futurewei had ordered Hong and two co-workers to register for Facebook's Telecom Infrastructure Project 2016 shindig under fake company names, so they could steal rivals' trade secrets and send them to China.

He went on to claim that he had refused, but alleged in the court filings that two Huawei staff had attended the Facebook gathering.

Huawei has refuted the claims.

In October, The Reg reported that CNEX Labs' cofounder and CTO Yiren Ronnie Huang was suing Futurewei and Huawei for allegedly stealing his SSD technology, after the companies had sued CNEX for IP theft, racketeering and employee poaching.

China's government has come to Huawei's aid. Today, Reuters reported that a foreign ministry spokesperson, Hua Chunying, said that countries were lying about the company.

“We urge relevant parties to cease the groundless fabrications and unreasonable restrictions toward Huawei and other Chinese companies, and create a fair, good and just environment for mutual investment and normal cooperation by both sides’ companies,” Hua said.