Oh, SSH, IT please see this: Malicious servers can fsck with your PC's files during scp slurps

Data transfer tools caught not checking what exactly they're downloading 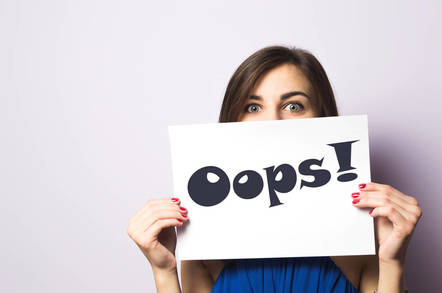 A decades-old oversight in the design of Secure Copy Protocol (SCP) tools can be exploited by malicious servers to unexpectedly alter victims' files on their client machines, it has emerged.

F-Secure's Harry Sintonen discovered a set of five CVE-listed vulnerabilities, which can be abused by evil servers to overwrite arbitrary files on a computer connected via SCP. If you use a vulnerable version of OpenSSH's scp, PuTTY's PSCP, or WinSCP, to securely transfer files from a remote server, that server may be able to secretly tamper with files on your local box that you do not expect the server to change.

Sintonen explained that because rcp, on which scp is based, allows a server to control which files are sent, and without the scp client thoroughly checking it's getting its expected objects, an attacker can do things like overwrite the user's .bash_aliases file. This, in turn, would allow the attacker to run arbitrary commands on the victim's box when the user does routine stuff, like list a directory.

"Many scp clients fail to verify if the objects returned by the scp server match those it asked for. This issue dates back to 1983 and rcp, on which scp is based," Sintonen explained in his disclosure this month.

"A separate flaw in the client allows the target directory attributes to be changed arbitrarily. Finally, two vulnerabilities in clients may allow server to spoof the client output."

Here's a summary of the cockups:

Here's a table of affected versions and CVE numbers:

The researcher said he would post proof-of-concept examples for the bugs at a later date. He alerted the developers of scp, WinSCP, PSCP in August last year.

WinSCP was fixed in version 5.14, released last October, and the current version is 5.14.4. It seems unlikely that PuTTY has been fixed yet, since the last release was version 0.7 in July 2017.

Sintonen has a history of January disclosures: last year, he broke news of a bug in Intel's Active Management Technology, and the previous year it was QNAP NAS boxen. ®