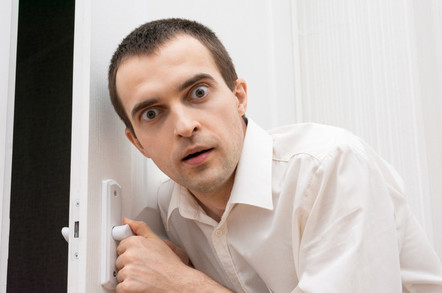 The bank said it had made "significant efficiencies" while using its DLT product, HSBC FX Everywhere, for the past year – suggesting the risk-averse financial sector is treating blockchain technology as a legitimate biz tool.

In a statement, the bank revealed it had been using a share-permissioned ledger for payments on its internal balance sheets. "It transforms the process around intra-company foreign exchange activity, automating several manual procedures and reducing reliance on external settlement networks."

The DLT was used for 3 million FX transactions and 150,000 payments, which HSBC admitted was a small proportion when compared with traditional processes.

The much-hyped technology has long been criticised by observers who see it as a solution in search of a problem, as over-eager vendors stick the buzzword on everything they can.

A recent study of its use in the international development sector found no evidence of success – rather just "a proliferation of press releases, white papers, and persuasively written articles".

Up until now, the most common example of a practical use of blockchain – where it was being used to solve a problem in a way other tech couldn't – has been in supply chain management, although such deployments haven't been a raging success for a variety of reasons.

HSBC's announcement, which discusses three main benefits for its use in FX trading, is also notable because risk-averse financial institutions are typically regarded as being less keen on untested emerging technologies.

But the bank's interim global head of FX and commodities, Richard Bibbey, said that it was now looking into using DLT to help multinational clients with multiple treasury centres and cross-border supply chains to "better manage foreign exchange flows within their organisations".

In listing the benefits, HSBC said the singularity, transparency and immutability provided by DLT created a "shared, single version of the truth of intra-company trades" from execution to settlement, reducing "risk of discrepancy and delay".

Meanwhile, confirmation and settlement can be automated by matching and netting transactions – reducing costs and reliance on external settlement network – and a consolidated, global view of cash flows and certainty of funds "supports greater balance sheet optimisation". ®

Updated Oh no - not again!

Updated Bank reckons it's getting closer to solving the problem