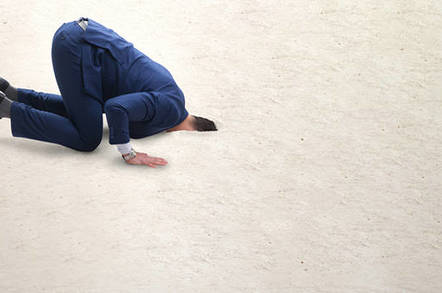 America's comms watchdog, the FCC, is under fire for refusing to brief Congressional staffers on what exactly it is doing about cellular networks selling citizens' location data to dodgy characters.

Earlier this month, the fact that mobile operators continue to sell access to their users' real-time whereabouts to unscrupulous third parties – despite promising to stop last year – again became a topic of controversy, with senators calling for new privacy legislation.

In response, two of the four main telcos – AT&T and T-Mobile US – pledged to end the practice by the end of March. Verizon said it has already cut off most location data buyers following an earlier review, and Sprint has been worryingly vague about its plans.

Frank Pallone (D-NJ), chairman of the US House of Reps Energy and Commerce Committee, sent a letter to FCC boss Ajit Pai asking to be given a briefing on why the location-reselling practice was allowed to continue, and what steps the regulator was taking to address the issue.

That letter mirrored a similar one from Senator Ron Wyden (D-OR) back in May 2018 in which he asked the FCC to conduct a "broad investigation into what demonstration of customer consent, if any, each wireless carrier requires from other companies before the carriers provide them with customer location information and other data."

Who watches the watchmen?

The FCC under Pai has been notoriously friendly toward the telco industry it is supposed to be overseeing, removing a tranche of rules and regulations – including privacy rules – that benefited only the industry and approving others – such as rules surrounding 5G – that were fiercely opposed by everyone except the telco industry.

'Nobody's got to use the internet,' argues idiot congressman in row over ISP privacy rules

Within months of the new Republican-held Congress taking control in early 2017, ISPs were given free rein to sell off user data with minimal government oversight. In fact, oversight seems to be a dirty word at the FCC these days.

Pai ignored Wyden's request in May. And, as we predicted, he did so with Pallone's request late last week. "FCC Chairman Ajit Pai refused to brief Energy and Commerce Committee staff on the real-time tracking of cell phone location," Pallone said in a statement this morning.

"In a phone conversation today, his staff asserted that these egregious actions are not a threat to the safety of human life or property that the FCC will address during the Trump shutdown."

Pallone was not impressed and questioned Pai's explanation. "There’s nothing in the law that should stop the Chairman personally from meeting about this serious threat that could allow criminals to track the location of police officers on patrol, victims of domestic abuse, or foreign adversaries to track military personnel on American soil."

His criticism was echoed by FCC Commissioner Jessica Rosenworcel – the only Democrat on the current four-member Commission – who tweeted: "Your wireless phone location data is being sold by shady entities that you never gave permission to track you. That's a personal and national security issue. No law stops the FCC from meeting with Congress to discuss this right now. It needs investigation."

The FCC has been affected by the partial US government shutdown – now into its 24th day – and has stopped non-essential services. Although how it has defined "non-essential" is somewhat of a mystery.

The consumer complaint center is down, though the FCC continues to run its 5G spectrum auctions. The Network Outage Reporting System is up, but the filing system and website won't be updated.

While Pai has largely been tweeting about the Kansas City Chiefs' efforts to get into the Superbowl, his colleague Jessica Rosenworcel has been on the conference circuit talking about her concerns with how the regulator is being run.

She again raised the fact that the FCC's own figures on broadband provision are wildly inaccurate – a critical issue since this data is used to determine most of the US government's policies on internet provision.

"There are too many places in this country where they aren’t talking about 5G, they’ve got no G," she complained, adding that Washington DC is "not interacting adequately" with state and local governments when it comes to broadband deployment.

Another current bugbear is 5G mobile technology. The FCC has pushed a number of new rules focused on promoting and pushing the next-generation technology, often in the face of and despite wider skepticism and criticism.

Despite lawmakers parroting a lobbyist-fed line about the US being in a "race to 5G" the truth is that the technology is still nascent and seemingly all the proposals being pushed forward serve only to make it cheaper for mobile operators to roll out an update network, rather than make the process more effective or efficient, or achieve more universal coverage.

An FCC spokesman responded to Pallone and Rosenworcel's criticism in a statement. "As we told Committee staff today, the Commission has been investigating wireless carriers' handling of location information.

"Unfortunately, we were required to suspend that investigation earlier this month because of the lapse in funding, and pursuant to guidance from our expert attorneys, the career staff that is working on this issue are currently on furlough. Of course, when the Commission is able to resume normal operations, the investigation will continue."