Cops told: No, you can't have a warrant to force a big bunch of people to unlock their phones by fingerprint, face scans 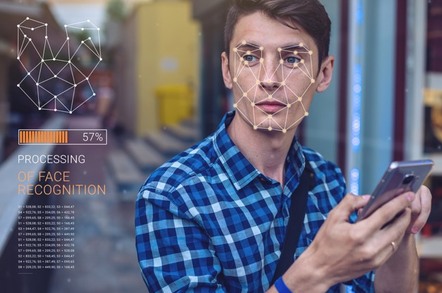 A US judge last week denied police a warrant to unlock a number of devices using biometrics identifiers like fingerprints and faces, extending more privacy to device owners than previous recent cases.

The order comes from Northern California Federal District Judge Kandis Westmore in response to a request by the government to search and seize the devices found at a premises in Oakland, California, connected to two suspects.

The suspects are believed to be involved an attempt to extort payment from a victim through Facebook Messenger by threatening to release an embarrassing video.

Judge Westmore in her order found authorities did have probable cause to apply for search warrant but denied the request because it was overly broad for not being restricted to the two individuals under investigation.

Instead, the warrant would have allowed authorities to seize and search any device found at the location in question, and to force the unlocking of said devices – no matter who they belonged to – by compelled use of biometric controls. In this case applying the owner's finger to a fingerprint sensor if present or holding the device up to owner's face if it relies on a system like Apple's Face ID or Samsung's iris scanner.

The government, the judge said, is free to submit a more narrow search warrant application, but she made clear that she believes device owners should not have to testify against themselves, in accordance with US Fifth Amendment protection.

"Even if probable cause exists to seize devices located during a lawful search based on a reasonable belief that they belong to a suspect, probable cause does not permit the Government to compel a suspect to waive rights otherwise afforded by the Constitution, including the Fifth Amendment right against self-incrimination," she wrote in her order.

Last June, the US Supreme Court ruled in Carpenter v. US that the government violated the Fourth Amendment – which protects against unreasonable searches and seizures – by collecting cell phone location records without a warrant. It was an major privacy victory and a sign that the Supreme Court is willing to address issues raised by changing technology.

Privacy advocates have also argued that authorities should not be able to force people to unlock their devices because compelled production of passwords is testimonial.

Courts have accepted that where the evidence being sought was not already known to authorities and other exceptions don't apply. But they've not extended protection to biometric identifiers; authorities have been allowed, for example, to apply people's fingerprints to device fingerprint sensors to open seized devices.

Where in the past judges have drawn a distinction between forcing a person to reveal a known password and the act of applying a person's finger to a sensor, Judge Westmore sees no difference in this instance. "In this context, biometric features serve the same purpose of a passcode, which is to secure the owner's content, pragmatically rendering them functionally equivalent," she wrote.

It's going to take the Supreme Court to sort this

In a phone interview with The Register, Greg Nojeim, director of the Freedom, Security and Technology Project at the Center for Democracy & Technology, said the courts disagree about whether faceprints and fingerprints can be considered testimonial.

"It is a significant ruling because the other cases in which judges held that fingerprints or faceprints were not testimonial came before the Supreme Court's decision in Carpenter case," he said. "Now you've got a magistrate judge relying in the reasoning of the Supreme Court that digital is different."

Legal scholars have suggested the ruling could be challenged. Last year, when an Ohio man was forced to provide access to his Face ID-protected iPhone (US v. Grant Michalski), USC Gould law professor Orin Kerr, said at the time via Twitter that he saw no Fifth Amendment issues. He showed similar skepticism in a tweet on Monday by questioning the judge's Fifth Amendment reasoning.

Nojeim suggests the Supreme Court may have to clarify the situation.

"Nowadays most everybody is protecting the contents of their cell phones and other devices with passwords," he said. "It's therefore likely this issue will be of growing importance to law enforcement and that makes the chance of Supreme Court review higher than it has ever been." ®