It's the weekend. We're out of puns for now. Just have a gander at China's Moon lander and robo-sidekick snaps, videos

Not much fun back in the West for SpaceX, tho: Staff decimated 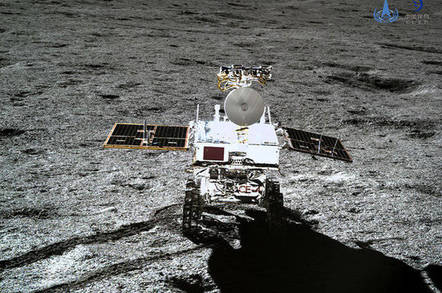 Rovers are doin' it for themselves ... China's Yutu 2 bot. Image credit: CLEP

Pics and vid China's Chang’e lunar lander has beamed back its first pictures of the far side of the Moon.

Officials behind Beijing's Lunar and Deep Space Exploration Programme (CLEP) this week released a panoramic shot of the Von Kármán crater, taken by the lander, revealing a barren, pockmarked landscape littered with a few rocks here and there. In other words, the far side of the Moon, well, looks pretty similar to the near side.

Panorama shot taken by China's Moon lander with a picture of its detached rover scooting off in the distance. Source: CLEP ... Click to enlarge

We Earthlings only ever get to glimpse one face of the Moon since the satellite is tidal locked to our planet. Since this is the first time a lander and robo-rover sidekick has successfully touched down and ventured out to the far side, the images are fascinating and useful. 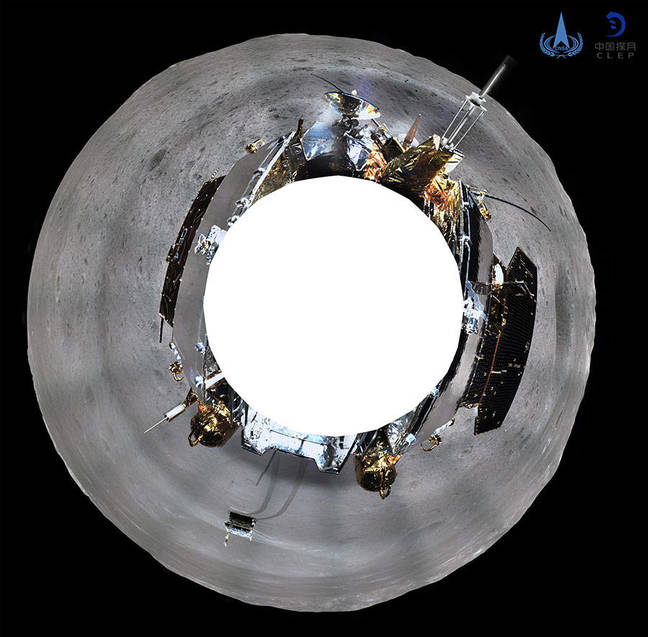 A ring panorama shot taken by the Chang'e lander of the landing site. Image credit: CLEP

A communications satellite, Queqiao, orbits above to relay instructions and data between Earth, and the lander and rover.

The lander, rover, and relay satellite are in a stable condition, according to the last checkup performed on Thursday, eight days after the spacecraft set down, CLEP claimed. Here are some more snaps of the China-built-and-launched hardware sitting on the Moon right now: 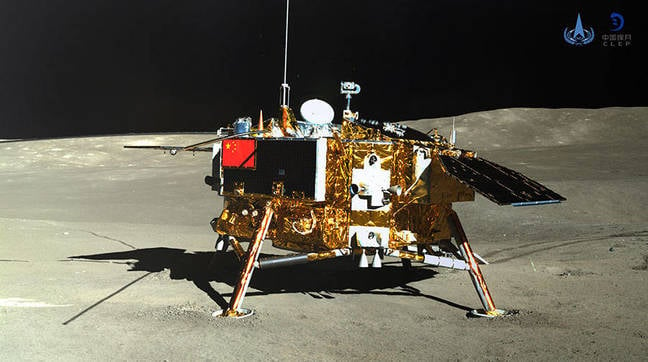 An image of the Chang'e lander taken by the Yutu 2 rover. Image credit: CNSA 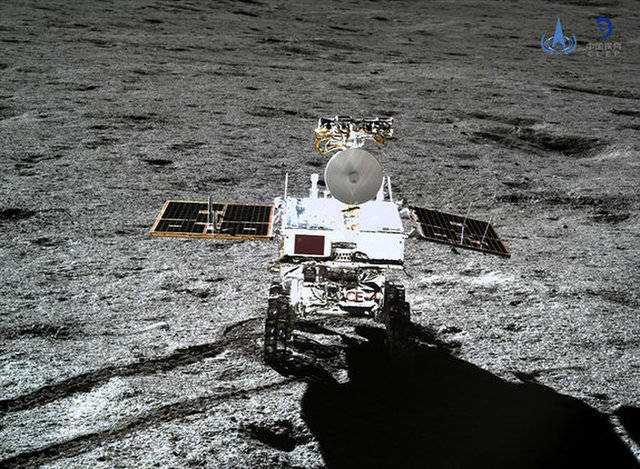 An image of the Yutu 2 rover taken by the Chang'e lander. Image credit: CNSA

The Chinese National Space Agency (CNSA) also released a video of the descent of the lander and rover, captured by an on-board camera:

The rover, known as Yutu 2 aka Jade Rabbit, will inspect the Moon’s surface using a spectrometer, and will probe underground materials using radar. The Chang’e lander is studying the Sun’s coronal mass ejections, and carries other miscellaneous items, including plant seeds and silkworm eggs to stuff. Chang’e was launched on December 11, and reached the Moon on January 3. ®

Stop press: As we were hitting publish, it emerged back in the US that SpaceX is decimating its workforce, literally: ten per cent of staff cut.