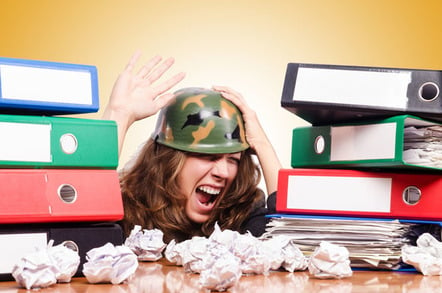 US snack food giant Mondelez is suing its insurance company for $100m after its claim for cleaning up a massive NotPetya ransomware infection was rejected – for being "an act of war" and therefore not covered under its policy.

The claim stems from the 2017 NotPetya cyberattack: a Windows-based piece of ransomware that encrypted a hard drive's file system table and prevented the system from booting. The code then demanded that a Bitcoin payment be made to regain access. Mondelez says it lost 1,700 servers and 24,000 laptops as a result of the malware.

Security experts – and the UK government – have pinned the blame for NotPetya on Russian hackers trying to damage the Ukrainian government, but the Russian government has formally denied any responsibility.

After reviewing Mondelez's $100m claim, Zurich did what all insurance companies do and investigated with an eye to reducing the payout.

But despite offering an initial payment of $10m, the company then rejected the claim altogether claiming an exclusion for "hostile or warlike action in time of peace or war" by a "government or sovereign power."

In effect, it argued that the losses had been suffered through a Russian government hostile action – an act of war.

That is a very unusual position to take – Mondelez called it "unprecedented" in court papers – since the insurance company will be obliged to prove that it was in fact the Russian government that had carried out the attack as a hostile action. It is notoriously difficult to pin cyberattacks on specific groups, governments or organizations.

If Zurich does succeed in arguing in case in court and wins, it would have an immediate impact, causing all large companies to review their policies and most likely creating a new market in cyberattack insurance almost overnight. The case, lodged in Illinois court (2018-L-011008) is being watched keenly as a result. ®

Analysis When UK and US said it was Russia, they weren't thinking of the litigators!