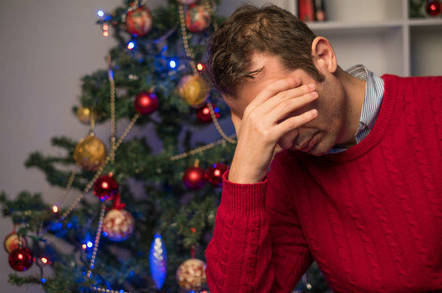 Global PC shipments slumped 4.3 per cent in the final quarter of the year as computer manufacturers had a very unhappy festive season.

According to Gartner numbers published today, vendors suffered a year-long decline of 1.3 per cent in shipments to 259.4 million units, and in the final quarter, shipments of 68.6 million units were down 4.3 per cent in what is supposed to be the busiest time of the year for sales.

The big hit, apparently, came from a shortage of processor chips, Gartner senior principal analyst Mikako Kitagawa said. As a result of those supply chain issues: “After two quarters of growth in 2Q18 and 3Q18, PC shipments declined in the fourth quarter.”

Demand could, Kitagawa said, be pushed forward into 2019 “if CPU availability improves.”

American PC shipments fared worse than the global market, shedding 4.5 per cent year-on-year in Q4 to 14.2 million units. Kitagawa put this down to two factors: economic uncertainty among small to medium businesses and weak holiday purchases.

“Holiday sales are no longer a major factor driving consumer demand for PCs,” she said, and the traditional end-of-year SMB refresh didn't happen. “Our early indicator showed that SOHO and small business buyers held off on some new PC purchases due to uncertainties around the political and economic conditions.”

Globally, ASUS, Apple, and Acer suffered the greatest declines, as the table below shows, but the only two vendors to manage year-on-year growth were Dell and Lenovo (the latter knocked HP Inc off the number-one spot in Q4 2018).

For the full year, Dell, Lenovo and HP Inc were able to add unit sales, while Apple, Acer, and ASUS all fell.

Any recovery in the USA is probably also contingent on how long the federal government's tap is turned off in the Trump-Congress standoff. ®

Analyst house IDC has its own numbers on PC shipments, again blaming inventory issues and processor supply shortages for shrinking figures. It reckons units fell 3.7 per cent in Q4 2018 versus the year-ago quarter, and were pretty much flat for the full year.