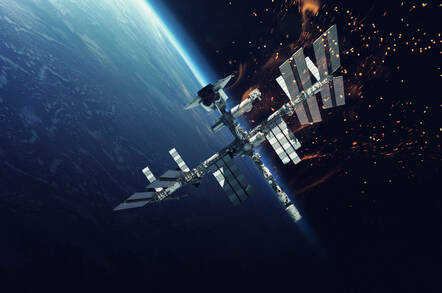 Space isn’t, for now, turning bacteria on the International Space Station into nasty superbugs hellbent on infecting astronauts, according to a study published on Tuesday.

“There has been a lot of speculation about radiation, microgravity and the lack of ventilation and how that might affect living organisms, including bacteria,” said Erica Hartmann, lead author of a paper on the subject, published in the journal mSystems, and an assistant professor at Northwestern University in the US.

“These are stressful, harsh conditions. Does the environment select for superbugs because they have an advantage? The answer appears to be ‘no’.”

A team of researchers from Northwestern and NASA’s Johnson Space Center compared two strains of bacteria found on Earth and the International Space Station. One was Staphylococcus aureus: a strain of MRSA commonly lurking on human skin that can cause a variety of issues, ranging from skin infections, such as pimples and boils, to potentially life-threatening diseases such as pneumonia and meningitis. The other, Bacillus cereus, nestles itself in soil and leftover food, and can give people food poisoning if ingested.

The samples of these bacteria on the ISS did mutate and develop a resistance to antibiotics, though they weren’t particularly more harmful than their cousins on Earth, the study found. The researchers believe the bacteria on the orbiting platform altered itself to cope with living in space.

“Based on genomic analysis, it looks like bacteria are adapting to live — not evolving to cause disease,” said Ryan Blaustein, first author of the study and a postdoctoral fellow at Northwestern. “We didn’t see anything special about antibiotic resistance or virulence in the space station’s bacteria.”

The floating space hub is teeming with thousands of different types of microbes. Some have hitched a ride by latching onto astronauts or by hiding in cargo. A previous study also found antibiotic resistant bacteria, specifically Enterobacter bugandensis, smeared on the ISS’s toilet and on an exercise machine. Enterobacter can infect people with weaker immune systems, though the strains found on the ISS were not pathogenic to humans.

However, not all microbes will be so forgiving in space, Hartmann warned: “Everywhere you go, you bring your microbes with you. Astronauts are exceedingly healthy people. But as we talk about expanding space flight to tourists who do not necessarily meet astronaut criteria, we don’t know what will happen.

“We can’t say that if you put someone with an infection into a closed bubble in space that it won’t transfer to other people. It’s like when someone coughs on an airplane, and everyone gets sick.” ®