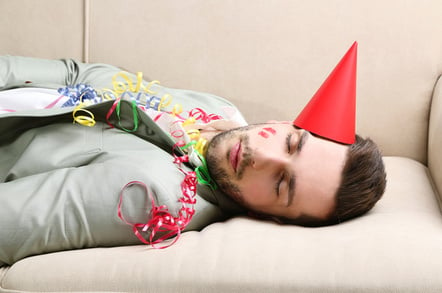 Roundup 2019 kicked off with storage action from Actifio, Exagrid, IBM, WANdisco and WekaIO, as well as some musical chairs at Mellanox, Weka and Virtuozzo.

IBM has OEM'd Actifio's Sky virtual appliance and shoved the technology into its InfoSphere Virtual Data Pipeline (VDP). That plants IBM firmly in the copy data management area as VDP makes a master copy of production data from sources like Exchange, Oracle and SAP, and pumps out virtual copies for test and dev, analytics and other purposes.

This avoids generating multiple physical copies of data, which can use a lot of storage and take time to build. VDP uses changed block tracking to keep its golden master up to date and has automated workflows plus REST APIs to speed data movement. It also means Big Blue now has an answer to products from Cohesity and Delphix.

Ginni Rometty's firm has also built a roadmap for its Spectrum Scale parallel file system to be used for container storage. It has added a function called Storage Enabler for Containers to its Spectrum Connect product. This integrates IBM storage, previously only block storage, with Kubernetes. Now Kubernetes can be used to effectively provision Spectrum Scale storage for containers needing a persistent data store.

Disk array deduplicator Exagrid is bulking up its sales operations, and said it now has teams in 30 countries, with a target of 50 countries by the end of 2020. Maybe its oft-mentioned IPO will happen then.

The firm said it had added 100 new customers in the last three months of 2018 and grew revenues 20 per cent over those in 2017 – although, crucially, it did not reveal the base number of sales it grew from.

WANdisco, which replicates production data to the cloud, has won a three-year, $565,000 deal for its Fusion for Multi-Cloud. An unnamed mobile network operator will use it multi-tenant style to pump data to multiple Amazon regions.

French storage and infrastructure journalist Christophe Bardy has joined Nutanix as a Solutions Strategist in the EMEA SE and Specialists organisation.

InfiniBand and Ethernet supplier Mellanox, thought to be up for sale, has appointed Doug Ahrens as CFO to replace interim Eric Johnson, who has shuffled back to being VP and corporate controller. Perhaps it is no longer for sale.

Cisco throws everything it has at containers, hybrid cloud

Container Platform hooks Kubernetes to all the Borg's bits