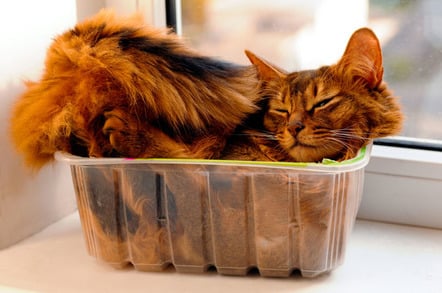 No, Windows Insiders, that isn't your New Year's hangover kicking in. After unveiling Windows Sandbox to much fanfare, Microsoft promptly broke it with a cheeky cumulative update.

We noted the imminent arrival of Windows Sandbox just before Christmas. Microsoft dropped a fresh fast ring build in the form of 18305 shortly after, which let its army of unpaid testers have at the new toy.

Sandbox itself allows apps to run in splendid isolation and works well, albeit with some limitations. It's a breeze to set up (for Pro and Enterprise users at least), not requiring fiddling with Hyper-V and VHDs to get working. The thing is both impressively lightweight and able to tidy up after itself. Nothing persists after closure.

But even though it is a step in the right direction, it is a bit clunky – it is, after all, a desktop within a desktop at the moment.

And it doesn't actually work any more.

A cumulative update for Internet Explorer (KB4483214) was unleashed upon Insiders just after the new build dropped and, er, snapped the legs off Christmas's new shiny with the wrapping paper barely off it.

It took until 2019 before the Windows Insider team quietly admitted that something was amiss and updated its excitable announcement to the effect that you should probably uninstall the update (which deals with a remote code execution vulnerability in the scripting engine) if you want to have a tinker with Windows Sandbox or the Windows Defender Application Guard.

With 20 days to go until the first "bug bash" (where Insiders get to poke the build with sharpened sticks) is due to take place, Microsoft has plenty of time to fix the issue. The OS update itself (19H1) should start rolling out to end users in April, based on past performance.

And that bug bash? Microsoft said: "We've made the decision to only do one bug bash this release." Because it's not as if Windows 10 could use a bit more in the way of testing, right? ®