Huawei CEO defiant on security claims, vows to be so good, 'no market can keep us away'

Company 'will never present a threat', claims letter to staff 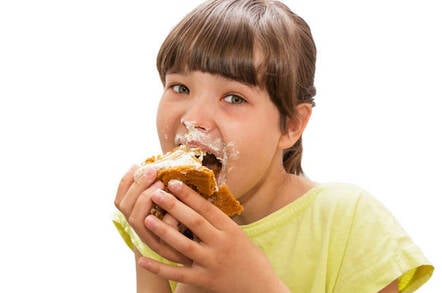 Increasingly in the crosshairs of government paranoia and beset by its place in the US-China trade war, Huawei's rotating chairman Guo Ping has come out swinging in a letter to staff.

There's no denying the Chinese giant's networks business is under pressure. The USA, Australia and New Zealand have officially blocked its kit from national telecommunications networks, and other countries – most prominently Canada, the UK and Germany – could very well follow suit.

"Our products and solutions have earned the trust of our customers in more than 170 countries and regions," said Ping. "We have a very strong track record in cybersecurity. Huawei has never and will never present a security threat."

Huawei CFO Meng Wanzhou was arrested last month by Canadian authorities over US allegations of sanction-busting. This was followed by apparent retaliation in China's arrest of former Canadian diplomat Michael Kovrig. Meng is on bail awaiting possible extradition to the US.

All of which made for "an eventful year", but Ping reckoned Huawei can comply its way back into regulators' good graces.

With just a hint of belligerence, he promised the company will "remain calm and composed in the face of adversity, and use the certainty of legal compliance to deal with the uncertainty of international politics".

"Setbacks will only make us more courageous, and incredibly unfair treatment will drive us to become the world's number one," he thundered.

Ping painted a bullish picture of the company's performance. "Our 2018 sales revenue is expected to reach $108.5bn, up 21 per cent year on year," he wrote.

Ping also hinted at where the growth came from. Smartphone shipments passed 200 million for the year, he said, which would represent a rise of nearly 31 per cent over the 153 million devices shipped in 2017.

"Our business performance remains strong, and this is by far the most direct form of validation that we can receive from our customers," the letter continued.

Ping also offered reassurance for the company's suppliers. "No matter what changes we might face, our procurement strategy will remain unchanged. We will keep our policy consistent especially for our US suppliers and firmly collaborate with them for shared success," even though he acknowledged that the company "may very well encounter even greater difficulties" as the year unfolds.

One response will be to make Huawei's products irresistible, if such a thing is possible. Simple network architecture and "transaction models", strong security and privacy protections, and "the best products, and... the best services" would mean "no market can keep us away".

There looks to be a product cull in the works, however. "We need to retain products that are competitive and appealing, and phase out those that aren't," Ping wrote. "We will cut down on the development of products that haven't been competitive for some years now, and redirect our people towards areas of strategic opportunity."

Other nuggets from the letter include:

Huawei is also following other large vendors' lead when it comes to gender equality, with a promise to "value the most dedicated among us, and put everyone on equal footing when rewarding contribution". ®