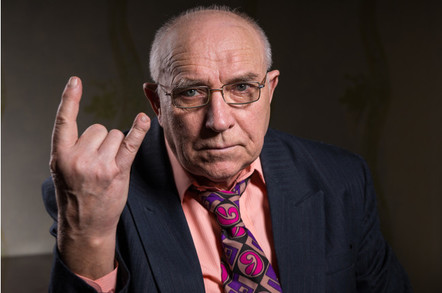 Three and a half years after debuting Project Soli radar-based gesture input system, Google has received an exemption from the Federal Communication Commission that will allow the ad biz to run the system at higher power levels than regulations currently allow.

Project Soli sensors consist of hardware capable of tracking hand gestures or objects in a specific area of space. The sensing chip is intended to be used in a device input peripheral similar to Microsoft's Kinect sensor or the Leap Motion controller but based on millimeter-wave radar rather than infrared light. Millimeter-wave radar can pass through common materials better than infrared light, making occlusion less of a concern.

The US comms watchdog on Monday granted a March 2018 petition from Google, allowing the Chocolate Factory to certify and market Soli sensors running with peak transmitter conducted output power of +10 dBm, rather than -10 dBm (Section 15.255(c)(3)), peak effective radiated power of +13 dBm, rather than +10 dBm, and +13 dBm/MHz power spectral density.

In a letter to the agency in October, Google argued it needs to run the sensors at higher-than-allowed power levels to make the technology commercially viable.

"Operational power levels have a meaningful impact on the effectiveness of Soli sensors, which is vital to consumers’ willingness to adopt the technology," wrote Google counsel Megan Anne Stull, who insisted that Soli sensors will have no harmful effect on 802.11ad (WiGig) access points.

Marriage of AI, Google chips will save diabetics from a lot of pricks

The FCC in its waiver notice brushed aside concerns raised by National Radio Astronomy Observatory (NRAO) Comments and the National Academy of Sciences’ Committee on Radio Frequencies (CORF) that Soli emanations could interfere with the earth exploration satellite service (EESS) and the radio astronomy service (RAS). The agency also suggested the tech is safe for operation on airplanes so long as existing Federal Aviation Administration (FAA) rules are followed.

In 2016, Google shipped a few dozen alpha test units to various organizations for application prototyping. A video posted to YouTube explores some of the potential applications for the technology. A smartphone with a Soli sensor could, for example, implement a virtual dial that responds to hand movements near the device.

Google did not immediately respond to a request to elaborate on its plans for Soli sensors. ®