'I was given a promotion for slacking off' 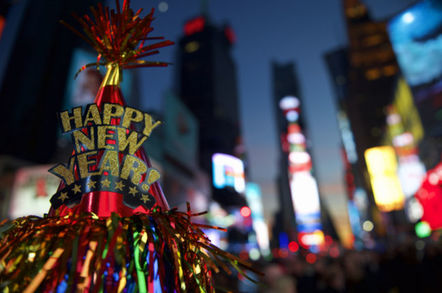 Who, Me? It's New Year's Eve and for many of you this will mean celebrating – but for some the prospect of manning the support lines or working overtime looms.

Either way, why not ease yourselves into 2019 with this bumper issue of Who, Me? – El Reg's tech confessional column – in which we leap back 19 years to Millennium Eve.

The stars of the show are "Serge", who had recently been promoted from BOFH to IT manager, and his PFY "Louis", who was by this point the BOFH.

They were working at a firm that had been bought up by a larger US company, and – on the eve of the new millennium – had to adhere to a set of US internal procedures, despite having been Y2K compliant since the early '90s.

The pair divvied up the work between them, with Serge taking the night shift and Louis taking over at 6am on 1 January 2000.

The procedure amounted to checking all systems were doing nothing out of the ordinary every hour and, if all was well, emailing to say so.

As the clock neared midnight, Serge filled the time by carrying out each of the steps, regardless of the fact the email alone would have sufficed.

After that, he called the US number, which went to answer machine, so he left a message to say it was a line test from Belgium. Then he sent an SMS to the US mobile phone number with the same message.

Automation for the people

Since there wasn't much else to do, Serge decided to automate these steps.

First, the report, which was the easiest. Then he moved on to the fax, which he did by removing one of the external modems from the Exchange server and plugging it into his PC.

For the phone call, Serge used a modem terminal program to dial the US phone number, play a WAV file that was picked up by a microphone scrounged from the meeting room, and then hang up.

The SMS was done by hooking his phone up to a serial port.

"At 02:00, I decided enough was enough; nothing was happening," said Serge. "I left a note for the BOFH that everything was automated, and how to use the system, and went to the party my girlfriend was at."

After a few drinks, Serge checked into the hotel round the corner and popped back into the office at 10am to touch base with his BOFH – but no one was there.

"Walking towards my desk in the eerie silence, I heard the door opening and then the patter of running feet," Serge said.

He turned around to see Louis, red-faced and out of breath, asking why Serge hadn't picked up his phone. Serge said it was still hooked up to the PC, but why hadn't Louis seen the note? "I overslept!"

The bedraggled duo hotfooted it to Serge's PC, which was still emailing, faxing, calling and SMSing the US.

"We had a good laugh, checked everything was all right and then at 12pm went for a bite to eat and left for home."

That would be the end of the tale, Serge said, if it weren't for the fact that, across The Pond, the tasks were divided between a number of people. Fairly important people.

"And they were all sitting in the same meeting room," said Serge.

"The DC Manager and IT director were doing a splendid job. But the VP was just a few seconds slow in picking up the phone, so the answering machine went off, and since the message was so short, it seemed I hung up on him before he could get a word in."

After the first few times, he stopped trying to pick up the phone, and would just yell "Belgium’s calling" every time it rang and let the answering phone do the work.

This was at a time when SMS had arrived for everyone in Europe, but hadn't quite made it to the US.

"AT&T sold locked-in cell phones that could only receive AT&T service messages and, apparently, SMS from an unlocked European phone," he said.

So the hourly beeping from the phone baffled the CIO, until the data centre manager spotted the envelope icon flashing in the corner of the device and found the messages.

"I was promoted to IT Director EMEA just a few months later. And, since the BOFH refused to become 'a suit', he got a nice raise and the title of senior principal system engineer."

Ostensibly, Serge said, "I was given a promotion for slacking off, and he was given a raise for oversleeping."

And if that hasn't fired you up to automate your tasks, down your tools and go out on the lash, we don't know what will.