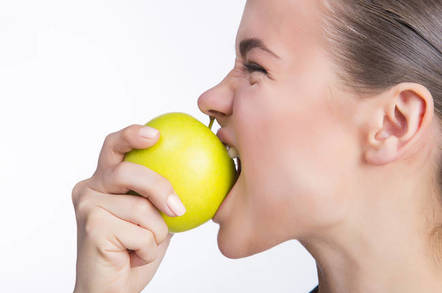 The iPhone 7 and 8 have been removed from sale in Germany after a Munich court issued an injunction against Apple amid its ongoing patent fight with Qualcomm.

The iGiant acknowledged that the smartphones had been taken off the shelves in all its stores in Germany, although they will still be available through third parties. Apple said it would appeal the injunction, which is almost identical to another one issued last week in China.

The extraordinary action follows a bitter fight between Apple and Qualcomm for the past two years over Intel-made wireless broadband modems, which Qualcomm says infringe six of its patents. In 2016, Apple started using a mix of Qualcomm and Intel radio modems in its smartphones, rather than exclusively Qualcomm parts, much to the latter's rage.

The feud kicked into high gear in January 2017 when Apple sued Qualcomm claiming that it was charging "excessive patent royalty fees" for its cellphone technology. It asked for a billion dollars in compensation.

Apple said Qualcomm was charging five times the going rate for patent licences and argued that the company had withheld payments to Apple in retaliation for Apple cooperating with the Korean authorities in a probe that eventually led to Qualcomm being hit with an $853m fine. It has been all-out warfare since.

Apple sued Qualcomm in China for $145m. And then sued again in the United States in an effort to invalidate Qualy's patents. In response, Qualcomm sued to get an iPhone import ban in America. But before things really got out of hand, Qualcomm's CEO offered Apple an olive branch… which Apple threw into the garbage because it figured – with good reason – that Qualcomm was suffering financially from the fight and it could outlast the big Q.

Have some of this

Then things got really nasty: Apple started backing electronics factories that were being sued by Qualcomm for not paying their royalties in an effort to put the squeeze on Qualcomm.

Qualcomm's CEO refused to back down, however, telling financial analysts at its quarterly results call in July this year that: "We believe we have the high ground on Apple… We feel good about our positioning."

And so began Qualcomm's push back: it formally complained to the US government's International Trade Commission (ITC) about Apple, and in August the ITC began an investigation into whether iPhones should be banned from import into America over patent infringement.

So Apple retaliated with a countersuit against Qualcomm in California for allegedly infringing on its patents. Somewhere along the line Qualcomm also fired off another three lawsuits against Apple for patent infringement but at this point, you've probably get the message. They are suing one another. A lot.

Qualcomm is under serious financial pressure thanks to all this, and so this time has attempted to go for Apple's jugular with injunctions against the iPhone. And it seems to be having some success.

The China injunction issued earlier this month at the country's new IP court in Fuzhou ordered Apple to stop flogging iPhones ranging from the 6 to the latest X – but over different patents to the other fight in the US. Apple immediately asked for "reconsideration" of the decision so the judgment has not been imposed for the moment. Apple also says its latest software update has been changed so that its firmware no longer rips off the technology patents in question.

Meanwhile in Germany, Apple's appeal means the injunction will not go into immediate effect but it said it was pulling its iPhone from sale while its appeal process went ahead: likely a tactic to get the court on its side.

In a sign that another battle has begun for public support, Qualcomm has also put out a press release pushing its side of things. Qualcomm claims that as soon as it posts bonds "which will be completed within a few days" the injunction in Germany will be effective and "immediately enforceable." Apple tried to get a stay on the injunction, and failed, so it's yanking mobes from shelves before the banning order kicks in.

"Two respected courts in two different jurisdictions just in the past two weeks have now confirmed the value of Qualcomm’s patents and declared Apple an infringer, ordering a ban on iPhones in the important markets of Germany and China," said Qualcomm's general counsel Don Rosenberg.

Meanwhile, Apple has put out an equally forthright statement claiming that "Qualcomm’s campaign is a desperate attempt to distract from the real issues between our companies."

It went on: "Their tactics, in the courts and in their everyday business, are harming innovation and harming consumers. Qualcomm insists on charging exorbitant fees based on work they didn’t do and they are being investigated by governments all around the world for their behavior."

It's hard to know at this point which way things are going to come down: whether Apple will be vindicated and Qualcomm ruined, or Qualcomm's IP rights upheld and Apple punished for trying to screw it.

Either way, it's not going to be pretty. ®

PS: If you think your shiny new iPad Pro may be slightly bent, then you're probably not wrong – and it's totally normal, says Apple. It's just how they're made. So, think different.