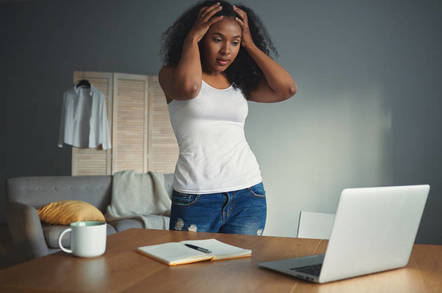 In March, Twitter CEO Jack Dorsey promised to stem the tide of toxic content that has plagued his antisocial network for years.

"We’re committing Twitter to help increase the collective health, openness, and civility of public conversation, and to hold ourselves publicly accountable towards progress," said Dorsey, pining that tweet to the top of his timeline as if visibility and action were the same.

That was the same month Amnesty International, the human rights advocacy group, published its Toxic Twitter report documenting the prevalence of online abuse against women on microblogging website, and its effect on their participation.

On Tuesday this week, Amnesty International published a follow-up report in collaboration with software biz Element AI, that documented the findings of its Troll Patrol project. The project analyzed several million tweets received by 778 journalists and politicians in the UK and US via machine learning. The results show that Twitter still sucks if you're a woman.

Specifically, the report found that 7.1 per cent of tweets sent to women in the study were "problematic" or "abusive." If that number seems low, then remember it's an aggregate: some women get a lot of abuse, others less so. Amounting to 1.1 million tweets across the sample set of 778 women, that translates into a trollish comment every 30 seconds.

It gets worse for women of color, who were 34 per cent more likely to receive such unwanted messages. And among black women, the situation is worse still: they're 84 per cent more likely than white women to be mentioned in problematic or abusive tweets. And that holds across the political spectrum, with both liberals and conservatives targeted equally.

"Twitter’s failure to effectively tackle violence and abuse on the platform has a chilling effect on freedom of expression online and undermines women’s mobilization for equality and justice – particularly groups of women who already face discrimination and marginalization," Amnesty International said in a statement.

Kumi Naidoo, secretary general of the human rights organization, chided Twitter (via a tweet, natch) for failing to provide the data needed for researchers to understand whether the social network is making any progress in its troll hunting.

"To be clear: it is NOT our job as a human rights organization to be analysing abusive tweets on this platform – it's Twitter's," he said. "But [the company's] refusal to make public this information, while allowing abuse to flourish basically unchecked, meant we had to do this study for them."

Amnesty noted that Twitter published its 13th biannual Transparency Report last week, and for the first time included a section on Twitter Rules Enforcement. Alas, the human rights org contends that the Transparency Report is insufficiently transparent because it omits the data necessary to understand the scope of online abuse on the site and to assess the impact of mitigation measures.

Twitter insists it's taking action, citing some 50 policy, procedural, and product changes that have been made since 2017 to drain its swamp. Posts extolling its efforts abound.

In response to a request for comment, a Twitter spokesperson provided remarks made by the company's global lead for legal, policy, trust and safety, Vijaya Gadde, as a formal response to Amnesty's findings.

"With regard to your forthcoming report, I would note that the concept of 'problematic' content for the purposes of classifying content is one that warrants further discussion," said Gadde. "It is unclear how you have defined or categorized such content, or if you are suggesting it should be removed from Twitter."

Gadde said she'd welcome further input from Amnesty about how to define problematic content so that the company can balance "the need to protect free expression and ensure policies are clearly and narrowly drafted." Gadde reiterated Dorsey's commitment to making Twitter a more civil place and to holding itself accountable.

What that means in the absence of specific milestones and declared penalties for failure is anyone's guess. ®