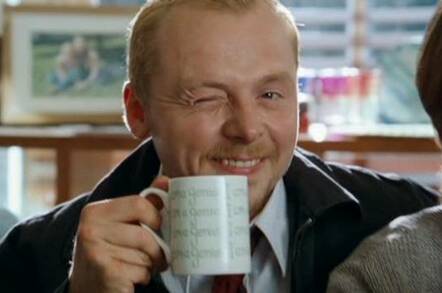 It's your lucky day: sugary soft drink maker Vitamin Water has said it will give you $100,000 if you are able to give up your smartphone for a year.

That's right, in a country of 328 million people where the average wage is around $50,000, a company that sells sugar drinks has decided to do what generations of lawmakers have failed to achieve: Create an entirely private-funded social security net for the nation.

A remarkable 94.6 per cent of Americans earn less than $100,000 per annum. So assuming people make the obvious choice and take the money, the cost of the program will be $3 trillion – which, unfortunately, is much larger that the annual revenue of its parent company, Coca-Cola.

In fact, if Coca-Cola gave over its entire revenue next year to this program, people would only receive around $30 a head. So something must be up.

Ah, yes, here it is: only one person in the entire country will be chosen.

And that person will be required to fight for that by, um, posting a social media message to Vitamin Water – either to Twitter or Instagram – explaining why they should get its corporate largesse.

Plus of course you have to use its designated hashtag. And you can't mention any rival brands. And you agree to give Vitamin Water a "royalty-free, irrevocable, transferable, assignable, perpetual, non-exclusive license" to do whatever it wants with your "submission." (Rules here.)

Or, in other words, for less than it would cost to carry out a small city sized ad campaign the company that once argued in court that "no consumer could reasonably be misled into thinking Vitamin Water was a healthy beverage", has received many times that sum in free publicity.

And which receives that value again in inventive postings send to it by the public in an effort to grab that elusive $100,000. In short, we are, remain, and have always been suckers. But then Vitamin Water already knew it. It makes a ton of money selling "vitamin water." ®