It's December of 2018 and, to hell with it, just patch your stuff 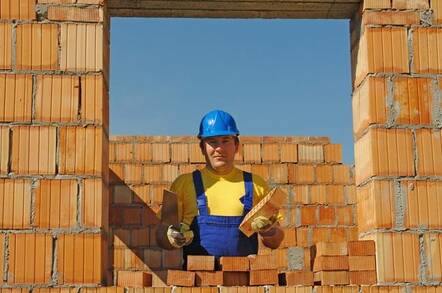 Microsoft, Adobe, and SAP are finishing up the year with a flurry of activity, combining to patch more than 140 CVE-listed security flaws between them.

The December patch bundle from Microsoft addresses a total of 39 vulnerabilities, including one that is publicly known and another that is being targeted in the wild.

The bug currently being exploited is CVE-2018-8611, an elevation of privilege flaw in the Windows kernel. Researchers with Kaspersky Lab said the flaw, which allows for code to run in kernel mode, is being used in tandem with other vulnerabilities to install malware.

Meanwhile, a denial of service flaw in the .NET Framework, CVE-2018-8517, has been publicly disclosed but has not been targeted in the wild yet. In addition, .Net Framework is also the culprit in CVE-2018-8540, a remote code execution bug.

Dustin Childs of the Trend Micro Zero Day Initiative notes that enterprises should pay special attention to CVE-2018-8626, a heap overflow flaw in Windows DNS Server that would allow an attacker to run code as the LocalSystem Account.

"Exploiting this vulnerability is as easy as sending a specially crafted request to an affected DNS server. Since DNS servers are designed to handle requests, there’s no other real defense beyond applying the patch," Childs explained.

"If you’re running DNS servers in your enterprise, definitely prioritize this one."

Adobe is closing out the year with a massive load of fixes for its two PDF apps.

The Windows and Mac versions of both Reader and Acrobat will be getting fizes for 87 different CVE-listed vulnerabilities.

SAP joins the fun with 17 of its own patches

According to security firm Onapsis, admins should pay particular attention to CVE-2018-2505, a cross-site scripting bug in Hybris Commerce storefronts and CVE-2018-2494, a missing authorization check in Customizing Tools (a component of S4/HANA and Netweaver ABAP) that could potentially be used in a man-in-the-middle attack.

SAP also issued a fix for 23 vulnerabilities in the Chromium components of Business Client and patches for CVE-2018-2503 and CVE-2018-2492, a missing default authorization and a bad XML validation check in NetWeaver AS Java. ®