It's just not fair on profit-making companies otherwise 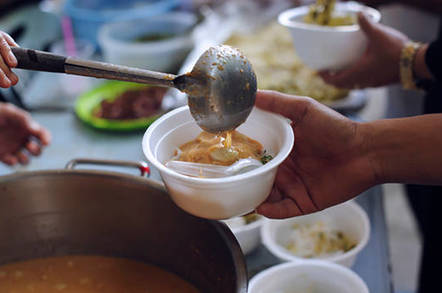 Analysis ISPs should be paid to provide slower internet speeds to poor people.

That's the extraordinary upshot of a meeting between an ISP industry group and the Federal Communications Commission (FCC) in the US.

In a letter [PDF] recording a meeting between the Wireless Internet Service Providers Association (WISPA) and the legal advisors to two FCC commissioners, the industry group "emphasized that the Commission’s goals would be better served by directing support to areas that lack any service at all and those that have access only below 10/1 Mbps."

But in order to meet its own broadband rollout targets, the current FCC has been trying to find ways to lower the 25/3 Mbps requirement. It initially launched an effort to backtrack from the current definition by equating mobile and fixed broadband, and tried to redefine broadband as the average speed used by consumers in specific areas.

That fudge failed, however, after an outcry. And so last month, the FCC proposed a different solution: using its subsidy program for low-income households as a way to get around its current definition by expanding subsidies to ISPs offering only 10/1 Mbps.

But even that is not sufficient for ISPs, who have asked to be paid to offer even slower internet speeds. "WISPA supports the Commission’s goal that all consumers nationwide, including in rural areas, should ultimately have access to 25/3 Mbps service," it notes, generously.

"However, WISPA believes that, in this instance, the Commission has not yet allowed the unsubsidized market to mature sufficiently, and threatens private investment in areas that would have no service but for the presence of an unsubsidized provider."

In other words: you should pay us to introduce internet speeds from 2010 – when the definition of broadband was raised to 4Mbps down and 1Mbps up. After all, something's better than nothing for poor people.

The extraordinary race-to-the-bottom is the result of a number of different conflicting issues: The FCC, under chair Ajit Pai, has made broader broadband access a public priority while at the same time freeing broadband providers from oversight and regulation that would drive its provision.

And while claiming that providing fast internet access to underserved access is his biggest goal, Pai has gone out of his way to defund the FCC's own subsidy program for low-income families: families who represent a significant percentage of those not online.

In an effort to square the circle and demonstrate growing broadband access, Pai has repeatedly tried to force through policy fudges, most centered on lowering or ignoring the definition of "broadband" speed.

The ISPs know that Pai is desperate to show progress in the provision of broadband – the FCC is required to send a report to Congress each year outlining how it has done in achieving exactly that goal – and so are trying to take advantage of his position by providing fake justifications for providing even slower – but much cheaper to provide – internet access.

Pai could of course do what his predecessor did and threaten to take ISPs to task for going slowly on the provision of broadband access. But that is antithetical to everything he stands for - Pai has done everything in his power to remove the FCC from regulatory oversight of ISPs under his notion of "light touch regulation."

WISPA argued at its meeting that "government funds should be employed first to support a provider deploying service to a truly unserved or underserved area, not to promote competition among multiple providers in areas already receiving adequate service."

And in a coded warning that it will stir up trouble for Pai in Congress, it notes: "Senators Thune and Klobuchar have openly talked about concerns with overbuilding. FCC Commissioners past and present have expressed concerns about government subsidies being distributed without sufficient regard to existing, unsubsidized broadband services."

Big Cable tells US government: Now's not the time to talk about internet speeds – just give us the money

To advocates of the US getting broadband deployment on the same lines as other advanced economies, the idea of the America being hampered by "overbuilding" is laughable. The US suffers under a market where a few large ISPs have used the regulatory environment to carve up the country into local monopolies where they are not subject to effective competition.

But after years of playing the system, there is little wiggle room left and the FCC will soon be asked to explain why broadband deployment is not growing. WISPA and other ISPs are banking on Pai's FCC to be willing to distort the system even further in order to provide headline figures that make the situation look better than it is: Something that can only be achieved by providing low-speed internet and labeling it as high-speed.

It doesn't end there either. The ISPs are pushing back against FCC staff efforts to measure internet speed by actually measuring users' internet speed rather than relying on the ISPs own "advertised speed" as true.

And they are unhappy about the FCC threatening to discount speeds that are too high in tests. Telcos are suspected of providing very fast internet speeds in certain areas for specific periods of time as a way to bump up the average speed.

Another letter [PDF] to the FCC from WISPA as well as USTelecom and the Broadband Association (ITTA) complains about the "onerous and unsupported latency testing requirements" and basically asks for latency to be measured far less frequently.

Even if you have a 100Mbps connection, if the latency is too high, it will feel like a slow connection, particularly if you are doing things like video conferencing or online gaming.

Anything under 100ms is fine. But start going over 300ms and it will impact performance significantly. The FCC's staff know that this figure is a critical measure of internet speed and so have proposed making a critical component in deciding whether ISPs are compliant with FCC rules i.e. get subsidy money. The ISPs are, of course, complaining.

In short, American internet providers are determined to give its citizens the worst possible internet for the highest possible price and under industry-friendly chair Pai they are willing to state that publicly – while asking for taxpayers' money to do so. ®

WISPA have since come back to us with comment, which you can read in full here.