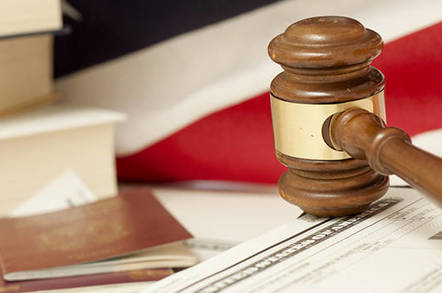 Jonathan Langley filed a lawsuit against IBM in May this year claiming that its pro-millennials policies amounted to direct age discrimination. He himself was made redundant in March 2017 with three months' notice, he said in his lawsuit, despite having bagged a $20,000 performance-linked bonus just two months previously.

On Monday 10 December, Langley filed new documents (PDF) with the US Court for the Western District of Texas in which he accused IBM of trying to "improperly use discovery objections" to force him into arguing a different case from the one he originally filed.

Big Blue, he said, wants to tie him down into arguing solely about "one isolated case of age discrimination that occurred in one division perpetrated by one low-level manager" - his own job being cut.

This, said Langley in a written overture to US District Judge Lee Yeakel, would "limit [my] discovery to conform to a fact pattern that never occurred". What he wants to argue in court is that his job loss was "part of a systematic, nationwide scheme created by IBM's top executives to clandestinely replace older workers with younger ones".

IBM denied Langley's allegations that it is engaging in a wholesale scheme to discriminate against older employees in favour of younger, cheaper millennials. In a legal response filed in July 2018 to Langley's lawsuit, Big Blue stated that it "projects a diverse and inclusive employment brand with respect to race, national origin, gender, disability and sexual orientation". For clarity, age was not mentioned.

You can't have that! It's… er, too hard to find. Or legally privileged. One of those

Discovery is the legal process where each side in a lawsuit asks the other to hand over evidence that helps bolster its own case. In employment law and discrimination cases, this means trawling through corporate emails looking for keywords. Langley made discovery requests to IBM and the company replied on Monday seeking to block almost all of them.

IBM's list of objections [PDF] to Langley's 48 requests mostly revealed boilerplate replies that most of the documents contained legally privileged information or would be "overly broad, unduly burdensome and disproportionate" to provide. For example, when Langley asked for copies of any studies carried out by IBM "analysing the ages of employees selected for termination in any force reduction", IBM responded by claiming these studies would be "protected by the attorney-client privilege and/or the work product doctrine".

In contrast, where Langley asked for a copy of the 2016/17 employee handbook "including but not limited to any and all versions of any EEO (equal employment opportunity) or anti-discrimination policy", IBM's lawyers claimed this was too "vague and ambiguous" to understand because he hadn't defined the term "handbook". Similarly, when he asked for details of "Early Professional" hiring targets, IBM said the request ought to be denied because it was "not limited to Plaintiff's team".