Claims it was all for the greater good 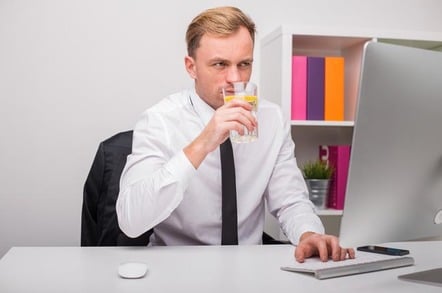 Who, Me? As we edge closer to Christmas, Mondays might be getting just slightly more bearable. To make that more so, we bring you another instalment of Who, Me?, The Register's tales of the mistakes our readers have brought upon themselves.

This week, "George" tells us about a time back in the late '70s when he was doing post-grad work in college.

Being the adventurous type, George found the campus bookstore was selling the complete range of system administrator manuals for PRIMOS – which he promptly purchased.

And so he began perusing the books to figure out what the system was capable of.

"I discovered that with one command I could recursively create subdirectories and files," he said, mischief afoot.

"Trying this out on one of the terminals, I found that I could fill the system's hard drive in seconds."

Of course, his activities prompted widespread groans from his fellow users, who were trying to run their own projects on other terminals in the room.

"Fortunately no one traced those repetitive disk full warnings to my login," he said.

But the pranks weren't over yet.

"I also found that one could proactively log someone else off their session with just their terminal number," George said.

Now, this number just happened to be displayed in large letters on each terminal in the room.

But it wasn't long before George's free rein came to an end.

"A few weeks later, during one a class in a large lecture hall, we were told that 'someone' was up to no good – and that the administrator commands were being locked down."

And thus, George’s investment in the PRIMOS manuals was rendered effectively useless.

But, he claims his pranks were for the greater good.

"In hindsight, it did inflict some unwarranted pain on some users but it also quickly moved the system administrators to lock down the system before something really bad, and unrecoverable, happened," George said.

How do you convince yourself your mistakes were positive in the long run? Tell Who, Me? about your best practical joke and how it ruined other people's days. ®