A second put aside for Doresa and Milena 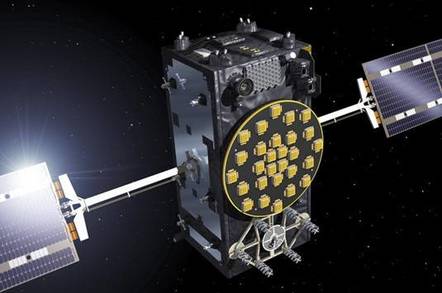 Clocks on a pair of Galileo satellites have given physicists the first refinement of gravitational redshift since 1976.

The experiment was only possible because in 2014, a launch went ever-so-slightly wrong: two Galileo satellites known as Doresa and Milena were launched into elliptical orbits, rather than circular orbits.

The elliptical orbit had a semi-major axis of 26,200km inclined at 49.8 degrees – and that eccentricity gave a team of boffins from five countries an idea for an experiment - since the satellites' orbits take them in and out of Earth's gravity just a little, they should be able to measure how gravity affects time on the two birds.

Thus was born the ESA's GREAT experiment (Galileo's gravitational Redshift Experiment with eccentric sATellites – the ESA has an announcement here).

As the American Physical Society noted: "The resulting modulation of the gravitational redshift of the onboard atomic clocks allows the redshift determination with high accuracy."

Working in two independent teams – one led by Sven Herrmann in Germany, the other led by Pacôme Delva in France – they measured how the frequencies of the satellites' hydrogen maser master clocks changed at various distances from Earth.

Einstein predicted that clocks would slow down slightly in the presence of a gravitational field. The APS (which published the research in Physical Review Letters) said that this "redshift" of a clock's frequency results from relativity's equivalence principle.

In 1976, scientists tested this by hoisting a clock 10,000km high on a rocket, and comparing its frequency shift to one on earth, in an experiment called the Gravity Probe A.

By combining the Galileo satellites' experience of time with laser-ranging (to reduce uncertainty about the satellites' orbit), the experiment "showed that general relativity could predict the clock's frequency shift with a precision of 0.007 per cent".

Working with three years of data, the two groups "improved constraints on general relativity violations by up to a factor of 5.6, providing the first improvement of redshift tests in over 40 years". ®