You're legit and you know you are... Thanks to chanting racist footie fans, linking to dodgy stuff isn't necessarily illegal (well, in Europe)

Court of Human Rights weighs in on libel hyperlink brouhaha 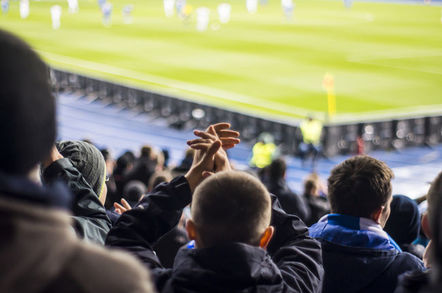 The complex legal headache of linking to controversial material on the internet has been given additional, but qualified, protections by the European Court of Human Rights.

In a decision this week, the court decided that a publisher could not be held liable for hyperlinking to unlawful material – so long as it doesn't endorse said content nor repeat any false allegations, and/or is not aware that the material was illegal.

It's a nuanced decision that seeks to protect the unique nature of the internet and hyperlinks while not allowing a free-for-all where people can link to illegal content without repercussions.

Significantly less nuanced were the actions that sparked the case: a group of drunk Hungarian football fans stopped their bus in front of a school where the majority of students are Roma – pejoratively referred to as gypsies – and started yelling racist threats at the kids, threw beer bottles, reportedly peed in front of classrooms, and left when the cops showed up.

The abuse of Romani people has become an increasing problem in Hungary, something that commentators have frequently tied to the rise of the far-right political party Jobbik, the third largest party in the Euro nation's parliament. The hostilities have repeatedly landed people before the courts.

The actions of the drunk fans are not at the center of the case, however. Instead it is a recording of a phone call between the leader of the Roma minority local government in the area and one of the pupils' parents. In that call, the political leader put the blame squarely on Jobbik and claimed, without evidence, that the football fans were members of the party.

A Hungarian news outlet wrote a story about the saga, and hyperlinked to a recording of the call on YouTube. And in response, Jobbik sued the publisher – 444.hu – as well as seven others, including the political leader, and several other media companies that reported on the case, claiming that it had been defamed. In effect, Jobbik insisted its members aren't drunk racist hooligans and saying otherwise damages its reputation.

The courts found against 444.hu, saying it was liable for linking to defamatory material. It appealed, claiming that it was simply doing its job in reporting current affairs, and tried to argue it could not be held liable for the accurately quoted statements of a third party where public interest is at stake.

It also said that under the initial court judgment, it could produce an entirely unbiased and fair article, and still be found to have broken the law – in other words, the decision would undermine one of the core public interest functions of a free press. It would make it difficult for journalists to quote any disputed comment or view, and make it pretty much impossible to report on anything controversial.

But 444.hu lost again. So it sued Hungary at the European Court of Human Rights (ECHR) claiming that its freedom of expression had been violated. And this week, that higher court overturned the previous rulings against 444.hu, albeit with some significant caveats.

Most significantly, the ECHR said that the Hungarian courts (and by extension any European court) had wrongly considered that linking to defamatory material was equivalent to posting it yourself. It is not, the court said, and highlighted that hyperlinks are a critical element in the functioning of the internet.

"The very purpose of hyperlinks is, by directing to other pages and web resources, to allow internet users to navigate to and from material in a network characterized by the availability of an immense amount of information," the court ruled. "Hyperlinks contribute to the smooth operation of the Internet by making information accessible through linking it to each other."

Critically, it also drew a distinction between online and offline content, i.e. printed publications: "Hyperlinks, as a technique of reporting, are essentially different from traditional acts of publication in that, as a general rule, they merely direct users to content available elsewhere on the internet. They do not present the linked statements to the audience or communicate its content, but only serve to call readers’ attention to the existence of material on another website."

It went on: "A further distinguishing feature of hyperlinks, compared to acts of dissemination of information, is that the person referring to information through a hyperlink does not exercise control over the content of the website to which a hyperlink enables access, and which might be changed after the creation of the link."

That may seem like a commonsense approach – and indeed, it is – but as the court goes on to note, it is not as simple as there being no liability. Instead it gives a checklist to be considered when deciding whether someone should be held liable for linking to defamatory or otherwise illegal content, namely whether the author:

This is the court's best effort to allow professional journalists to continue to report on – and link to – controversial issues of public interest while ensuring that a publication that knowingly pushes defamatory material can still be held liable.

The key aspect in this case is that 444.hu did not say that the political leader's comments were true, and neither did it approve of them. In other words, it reported events objectively. At the time of publication, it also hadn’t been decided that the phone call in question contained defamatory statements.

As such, the ECHR said that the Hungarian courts had reacted disproportionately and unduly restricted 444.hu's freedom of expression.

But there are still some worrying aspects around the decision. And its conclusion will come across as completely alien to citizens in the United States where the First Amendment provides far broader protections – to the extent that some outlets make a living out of promoting questionable material and accusations, even actively ignoring questions around their veracity. (In the UK, libel law can be carefully negotiated in order to report the news, just like it's possible to carefully negotiate a maze made of running chainsaws.)

First and foremost, the ECHR decision focuses on professional news journalism – which is expected to be objective, and is produced by people who are paid by a publication to produce that content.

In that sense, the decision leaves question marks over the far larger question of liability when ordinary internet users – some of whom may have a huge "readership" in their followers – link to unlawful content. It also doesn't address the issue of professional journalists writing comment pieces, where the piece is intrinsically subjective.

Its decision may also be used as the basis for a legal challenge against online platforms run by tech giants like Facebook, Twitter, Google and so on for linking to defamatory material.

In that sense, the ECHR decision will have to be considered alongside another critical European court decision on hyperlinks – the European Court of Justice when it dug into a similar question in an important case involving GS Media.

That case focused on copyrighted material (Playboy pictures) and it reached a similar decision to the ECHR in that it said hyperlinking to copyrighted material did not make a third person liable on the face of it, but it depends on how they acted and what they knew about the content.

It stressed – as the ECHR has done – that every case needs to be looked at individually, which could be seen as another way of saying: it's a mess, and we don't have a good solution right now.

Broadly, however, that ECJ case came out with what also looks like a commonsense approach: you will not be held liable unless you do several things that strongly suggest you are up to no good (here's a summary tweet). Those being that:

That approach is largely seen as exempting search engines and online platforms from liability issues.

As such the latest ECHR ruling doesn't directly conflict with the ECJ ruling and so we may be finally be heading to an understanding of what hyperlinks are in law and how they should work and who should be sued for abusing them.

So something good may have come from drunk, racist football fans. Who'd have thought it? ®

A little sanity returns to the world

Google Chrome to block file downloads – from .exe to .txt – over HTTP by default this year. And we're OK with this