Got a Surface Book 2 on 1803? You should probably uninstall last week's update 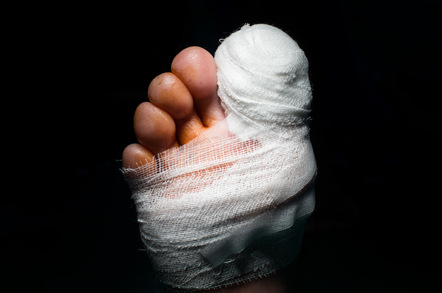 Users of the Windows 10 October 2018 Update, rejoice! Microsoft has slung out a hefty patch to, er, fix a whole bunch of stuff that was broken in the Update of the Damned.

Released last night, KB4469342 is packed full of updates, with two notable changes lurking at the end of the list of tweaks. The failure of mapped drives to reconnect after starting and logging into a Windows device – which was a showstopper for many enterprises and consumers with home servers – has been fixed, as has the mysterious issue that prevented Win32 program defaults being set for certain file and app combinations.

The other items in the long, long list of fixes include sorting out the brightness slider for the screen resetting to 50 per cent on restart, dealing with Bluetooth headsets dropping audio input after a few minutes and sorting borked display settings on a multi-monitor configuration for some users.

Enterprises will also be pleased to see the bug fixed where Intune would incorrectly mark a device as not compliant due to a firewall returning a "Poor" status, meaning that the affected device might lose access to corporate services such as email.

There are, of course, known issues. The Seek Bar in Windows Media Player is as broken as it is in, well, pretty much ever other supported edition of Windows 10 for certain files, and you'll need to update your Nvidia driver if you have hardware from the go-faster graphics vendor and are one of the vanishingly small cadre of users that (a) use Edge and (b) watch video with it.

Not in the known issues list for this patch is the Blue Screen of Death error experienced by Surface Book 2 users, which currently afflicts those with the April 2018 Update on their pricey devices. Attempting to install the KB4467682 patch, released last week for 1803, has left many scrambling for the uninstall option. Microsoft has now updated its advice for the update, instructing affected users to uninstall it ASAP and blocked the flagship hardware from receiving it.

A fix is expected in December's security update release.

It's not irrelevant. We just did a small change in our approach. 1809 is going to RP today and will be critical for helping kick start servicing. Slow was helpful in helping ID any show stopping bugs this time around.