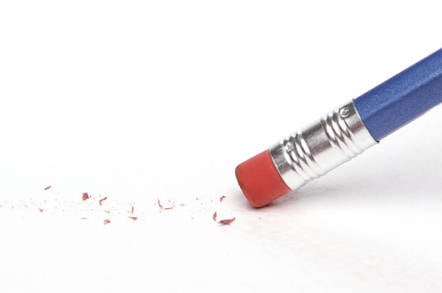 An Australian parliamentary committee has nixed the idea of internet voting for federal elections Down Under, for now.

The Joint Standing Committee on Electoral Matters has delivered its report into the 2016 federal election, and in it, the body decided that there are plenty of ways technology can help elections – but ditching the country's pencil-and-paper ballots isn't one of them.

The committee said technology “is not sufficiently mature for an election to be conducted through a full scale electronic voting process.”

“Despite public enthusiasm for electronic voting, there are a number of serious problems with regard to electronic voting – particularly in relation to cost, security and verification of results”, the committee reported.

The committee noted that technology is getting more sophisticated – but at the same time, attackers' ability to interfere with the technology is also advancing. That, the committee stated, puts at risk the integrity of both the electoral process, and the outcomes of elections.

More mundane technologies were strongly endorsed in the report.

In spite of the shambolic introduction of automated counting in the Australian Senate, the committee endorsed ballot scanning for that house. However, it should be delayed for House of Representatives elections: “It would be beneficial if the Senate scanning system was further developed before adopting the system for the House”, the report noted.

The committee supports a pilot of scanned counts for the House of Representatives for the 2019 election (due before May).

The other technology the committee endorsed is moving from paper voter lists to electronic versions.

This, the report said, would help with “absentee votes” (also known as declaration votes). If a voter is away from home on ballot day, they can still vote at any polling place, but the process is manual, cumbersome, and error prone.

The committee says electronic certified lists should be funded and rolled out before the 2019 election.

The report also looked in detail at the possibility that like the Brexit campaign in the UK and the election of Donald Trump to the White House, Australia's elections may have been targeted by disinformation campaigns.

Bots are singled out for some attention, with the report expressing the optimistic view that they can be regulated: “It appears that laws need to evolve to bring transparency and regulation to their use.”

A recommendation by the government majority on the committee that Australia implement voter ID laws was rejected in dissenting reports by the Labor opposition and the Greens.

Labor committee members noted that the recommendation appears in a report that didn't contain any irregularities identified in the 2016 election. The Greens added that voter ID laws would disenfranchise groups such as the homeless, indigenous voters, and those escaping domestic violence. ®