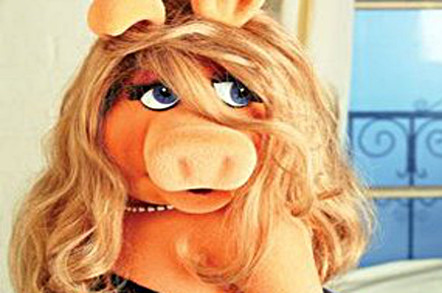 Lovers of pork products rejoice! There is now a vending machine from which you can indulge in porcine pleasure until the, er, pigs come home. The bad news? This is only happening in the US... for now.

In a pilot programme, the Ohio Pork Council (OPC) has installed the device in the Meat Sciences Department of the Ohio State University, where students can deposit a crisp $1 in exchange for some equally crisp bacon (or whatever lurks within) between now and 13 December.

Emily Bir, director of comms for the OPC, told El Reg that the machine was loaded with shelf-ready, ready-to-eat bacon. She said it was the OPC’s own initiative, and was aimed at “giving back to the community” before directing us to PorkCares.org, a joint effort between the National Pork Board and the National Pork Producers Council.

The machine itself is stuffed with products donated by the likes of US food producers Sugardale and Hormel.

It does seem a little like an offcut from The Beef and Dairy Network podcast.

Bir hopes that the initiative will spread to other states and that introducing bacon vending machines to the UK would be “a great goal to have.”

The advent of a bacon vending machine, even if only briefly, led to a heated debate here at Vulture Central on the merits of UK bacon versus the US take on the pig-based snack. We were, however, agreed, that “shelf-ready” did not sound as appetising as something fresh from the frying pan.

Sadly for these hacks, suggesting to our achingly hip WeWork landlord that installing such a vending machine would be a good idea is likely to be met with a stern gaze.

However, we still need to get the bottom of what has become the most important question of the day. US or UK bacon. Which is better? ®