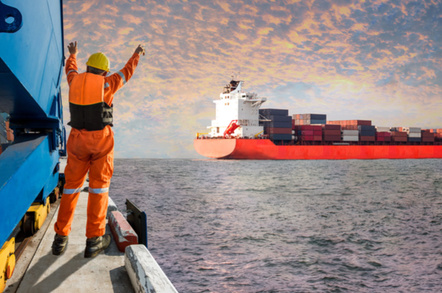 The Azure Kubernetes Service (AKS) became generally available in June, handing users a toolset to manage their containerised applications on Microsoft’s cloud. While great on paper, and featuring some neat debugging tools, a requirement that users manually scale things and a tendency to topple over in its early days meant it has not all been plain sailing.

Microsoft has taken steps to address at least some of the issues with Virtual Nodes and autoscaling, both of which have now entered public preview (so the usual health warnings regarding production apply.)

Virtual Nodes allows AKS users to make use of the compute capacity of Azure Container Instances (ACI) to fire up additional containers rather than having to bring up Virtual Machine (VM)-based nodes.

It is, Microsoft said, a simple act of flipping a switch to get access to all that resource. Of course, users are still required to manually allocate the required containers and ACI is billed by the second – so only use what you need. A tricky thing to predict.

The other bogeyman, scaling, is also to be at least partially addressed by Cluster Autoscaling. The functionality is basic – customers specify maximum and minimum thresholds, and the functionality adds and removes nodes to meet the needs of the current workload. Simplistic it may be, but it is an improvement over manual intervention.

The update comes as Microsoft booked the predecessor to AKS, Azure Container Service (ACS) an appointment with the Redmond axeman. The chap needs something to keep him busy as he eyes a nervous-looking EdgeHTML layout engine.

It is almost exactly three years since Microsoft first announced a preview of ACS and from 31 January 2020 the service will be killed off. Any clusters still running should keep working, but the Azure team won't support them, so you'll be very much on your own. Best get planning that migration to AKS (or Docker or Mesosphere, if those are your thing).

Microsoft has also shunted the Kubernetes work from the now dead acs-engine repo to the aks-engine project, where development will continue. As with ACS, clusters deployed using acs-engine should keep on working, but again - probably time to think about a migration plan.

Serverless technology allows hard pressed developers to focus on coding rather than worrying about the infrastructure required to support their latest and greatest masterpiece (or hastily hacked together work-around.) Amazon’s Lambda was first out of the gate and holds a commanding lead.

Microsoft, of course, would very much like developers to instead stick their functions on its cloud in the brave new serverless world, and to that end introduced Azure Functions, which hit version 2 back in September. Designed to be cross platform, Azure Functions will run locally on Windows, Mac and Linux machines as well as, of course, in the cloud.

With C# (of course), JavaScript and F# already supported and Java in preview, Python has shuffled out of the shadows of a private preview and gone public this week. Already supported by AWS Lambda, Python 3.6 support opens up Azure Functions to a wider audience, with Python a logical fit for a variety of popular serverless functions, such as machine learning or data wrangling.

Amazon is unlikely to be too concerned about the addition, but Microsoft does have an impressive array of development tools with which to tempt devs and is keen to trumpet the Azure Functions extension in its Visual Studio Code IDE which, when coupled with the Python extension, is a pleasant place to be.

Once, of course, one has coaxed the thing into life. ®