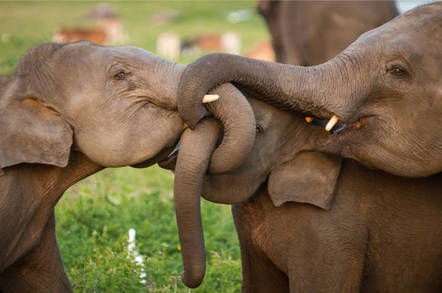 The National Republican Congressional Committee, the Republican Party's campaigning arm in the US, has confirmed it fell victim to hackers, who broke into its email system.

Following an early report from Politico, the committee confirmed to multiple outlets that someone had been surveilling its messages for months.

The NRCC did not respond to a Register request for comment.

The network intrusion is said to have been detected by a security vendor working with the NRCC back in April. The miscreants reportedly had access to the email accounts of at least four NRCC aides and, by the time the security breach was discovered, had likely been collecting thousands of sent and received emails over the course of several months.

According to Politico's account of the matter, much of the GOP leadership, including Speaker Paul Ryan (R-WI) and Majority Leader Kevin McCarthy (R-CA) was left in the dark about the matter as the NRCC sought to investigate the cyber-break-in on its own. The committee has notified the FBI, however.

Just so we're all clear on this: Russia hacked the French elections, US Republicans and Dems

No other personal information or donor details were believed to have been stolen.

The April breach came ahead of an extremely difficult 2018 mid-term election for the Republican Party, particularly in the House where the GOP lost 40 seats and gave up majority control to the Democrats.

The attack is reminiscent of the IT breach that occurred with the DNC in the summer prior to the 2016 election. Much like the NRCC breach, that attack involved breaking into staff email accounts and harvesting thousands of emails. Those emails were released in the lead-up to the election in what the DNC believes was an attempt to sway the outcome in favor of Donald Trump.

The Russian FSB intelligence service was soon named as the prime suspect in the incident, though the Kremlin has claimed that if it were responsible, it would be protected from legal action. ®