Russia's back in the crewed spaceflight game with a bang 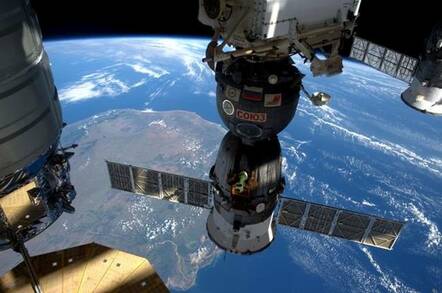 The lift off occurred at 11:31 UTC today from the Baikonur Cosmodrome in Kazakhstan, and was the first with crew since October’s attempt to get two new crew members to the ISS, which memorably ended with an abort that sent the crew capsule safely back to earth as things went wrong on the fiery end of the rocket.

The Soyuz-FG launch vehicle together with Soyuz MS-11 manned spacecraft lifted off from the #Baikonurcosmodrome at 11:31 UTC.

There was no repeat of the incident, which saw one of the Soyuz’s strap-on boosters make contact with the vehicle and rupture a fuel tank. The Russian space agency, Roscosmos, rapidly concluded that the problem was a sensor that got bent during assembly. Nothing to do with the design, no sir.

The Soyuz has been a very reliable rocket over the years, with an enviable success record. However, some high-profile failures caused by shoddy workmanship have raised doubts over the Russian space programme and October’s failure compounded those fears.

The successful launch and, six hours later, docking of the Soyuz to the ISS will have set at least some of those fears to rest. The fact that rendezvous happened so quickly is also significant, since it demonstrated that the launcher had left the spacecraft pretty much in the perfect orbit.

The trio of ‘nauts who will be spending the next six months or so onboard the ISS are Russia’s Oleg Kononenko, Canada’s David Saint-Jacques and Anne McClain of the USA.

The newly embiggened ISS crew have a busy few days ahead of them. Kononenko will be joining fellow cosmonaut Sergey Prokopyev on a trip out of the station’s Russian airlock to take a look at the Soyuz MS-09 spacecraft docked to the Rassvet module. Roscosmos hopes to get to the bottom of a mystery hole drilled in the wall of the capsule.

Nine days later, Prokopyev will return to earth in the patched capsule with the rest of the Expedition 57 crew, leaving Kononenko in charge. The ISS will remain crewed by the trio of ‘nauts until 28 February 2019, when the unlucky crew of Soyuz MS-10 get to have another crack at reaching the station.

Congratulations to @AstroHague! Nick Hague, our astronaut who was forced to abort his recent Soyuz launch in October, will be headed to the @Space_Station on February 28, 2019. He will be joined by @NASA astronaut @Astro_Christina and Russian cosmonaut Alexey Ovchinin. pic.twitter.com/JcPom1KRm7

While Prokopyev and Kononenko prepare for their spacewalk, the ISS will also have to deal with the arrival of a SpaceX Dragon freighter, which is due to launch on 4 December. It will spend two days in orbit before being captured by the station’s Canadarm2 and bolted to the ISS for unloading.

One thing the crew will not have to worry about, it appears, is the arrival of a commercial crew demonstrator. Originally planned for January, it now seems highly likely that neither SpaceX nor Boeing will be troubling the orbit of the station with their crew-capable vehicles. NASA appears content to wait until the crew is back up to six members before allowing SpaceX off the leash. ®