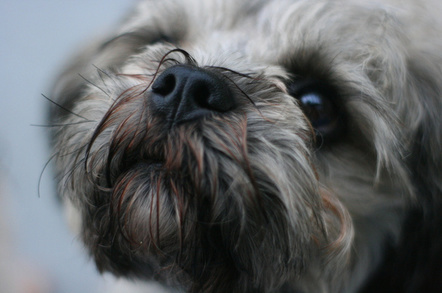 Residents of Auckland's North Shore in New Zealand who have found their pillows scattered with dog toffee can rest a little easier now – the master of the mystery pooper has owned up.

Hi, Im [sic] so embarrassed and ashamed to say this but Jack has somehow gotten out of the property more than once. We're trying to figure out how he is doing this and we will seal the hole when we find it. Apparently he has been caught by more than one of our neighbors sneaking in their cat door and doing number twos on peoples [sic] bedroom pillows.

The NZ Herald reported that Jack has been in the habit of defecating on neighbours' pillows for about two years, but it's only now that Didham gathered the courage to admit it.

Convinced that his property was an Alcatraz for his wayward pup, Didham's heart sank when he found a hole in the fence that Jack had been using as his escape route.

Didham advised his neighbours to be kind to Jack if caught in the act, "as if you're mean he comes back and does it again".

He went on to invite any victims of bedroom banditry to contact him "and we'll look into getting your pillow case replaced if we can".

For a serious post that must have been painfully embarrassing to write, the community reacted with predictable hilarity.

"Ahh OK not cool I blamed my wife for defecating on my pillow and [we] now are before the courts," said one.

"He's just leaving little gifts for the neighbours. He is getting in early for Xmas!" wrote another.

The dog's owner told the Herald that Jack might have mental health problems, perhaps PTSD as a result of being rescued from a puppy mill.

"I'm not a dog expert but I think he has psychotic tendencies. He looks sorry but I think he's just waiting to do it again," Didham said.

"After putting up the announcement people have been coming out of the woodwork saying he did this to them as early as two years ago, right up until several months ago.

"Apparently he is a serial offender repeatedly going back to the houses that shoo him away. You need to give him a treat and he will leave you alone."

As well as honest souls who have contacted Jack's owner to help solve the problem (and get fresh pillow cases), some jokers have sent Didham snaps of excrement that quite clearly weren't made by a small dog.

"I have been sent two photos of stool on pillows which are clearly not Jack's. One was on the wrong side of town and the other I could tell because Jack is only small so he couldn't physically do that.

"I don't know why people would do that to their own pillows; I have a weak stomach as it is."

Didham's quest to reimburse all Jack's victims has cost him $60 so far and he said he will continue to pay for honest claims. Once settled up, he'll start looking for a dog trainer. ®