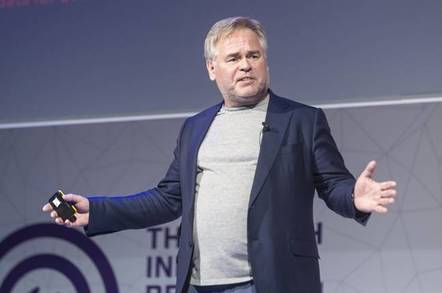 Kaspersky Lab won't be getting its day in court after all, as the Washington DC Court of Appeals rejected its case against Uncle Sam.

On Friday, the appeals court panel upheld an earlier district court ruling that Kaspersky could not bring a lawsuit against the US government in hopes of overturning the 2017 order that blocked American government agencies from using its antivirus software.

The decision [PDF] all but ends Kaspersky's hopes of getting the ban on its products lifted and allowing federal agencies to once again purchase its antimalware and security offerings.

In striking down the motion, the three-judge panel agreed with the lower court's decision that Congress has the right to block the purchase of a specific vendor's software if it has legitimate security concerns. This is a key point, as Kaspersky has contended the move was a form of extrajudicial punishment rather than a safety measure.

"Indeed, although Kaspersky argues that Congress enacted section 1634 to further that body’s undisclosed punitive intentions, the company does not dispute, as a general matter, that protecting federal computers from cyber-threats qualifies as a legitimate nonpunitive purpose," the court noted.

The judges go on to dismiss Kaspersky's argument that it was being unfairly singled out as a possible security risk by the government, noting the company's close relationship with a Russian government known to be actively attacking US networks and siphoning off top-secret information.

"Kaspersky identifies no cyber-product as vulnerable to malicious exploitation as Kaspersky’s," the court found.

"And although the company accurately points out that many cyber-companies operate in Russia, we conclude that Congress, based on the evidence before it, could have reasonably determined that Kaspersky’s Russian ties differ in degree and kind from these other companies’."

Kaspersky, meanwhile, said that it was disappointed with the ruling and maintained the security shop was "still the good guys fighting cybercrime all over the world."

"The DC Circuit Court’s decision is disappointing, but the events of the past year that culminated in this decision were almost expected, and not just by our company, but by the cybersecurity industry in general," wrote co-founder, CEO, and company namesake Eugene Kaspersky.

"We're sure that the issues involved in our litigation go far beyond technical aspects of US constitutional law; they include real-world problems concerning everyone: a progression of protectionism and balkanization in a world of understated cyber-rivalry and highly sophisticated international cyber-threats." ®