Why is my Windows 10 preview build ticking? Microsoft reminds users that previews have timebombs

Build 18290 is here to save the day. Now with extra Fluent Design 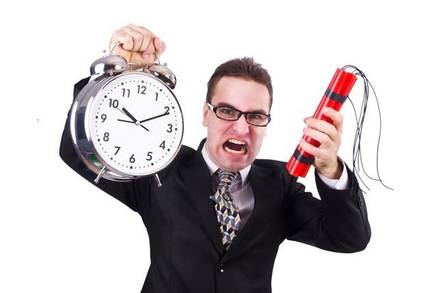 While getting a release of a wobble-free Windows 10 is proving an impossible mission for Microsoft, the Windows Insider team are at pains to warn its army of unpaid testers that older preview builds will soon self-destruct.

The self-immolation is due to a "timebomb" left in preview versions of the operating system which is set to explode on 14 December, showering unsuspecting users with daily warnings and User Access Control (UAC) messages.

To be fair, that doesn’t sound too dissimilar to Windows 10 in day-to-day use. Daily warnings and annoying UAC pop-ups.

The message came as Microsoft emitted build 18290 of next year's Windows 10 (also known as 19H1) to the Fast Ring, a build that remains blissfully free of fripperies as, we hope, the Windows team focuses on quality.

As well a good bashing with the fluent design stick for the Start Menu (again), Microsoft has made some very minor tweaks to the interface. It is now possible to manually force a clock synchronisation with a time server for those wary of PowerShell and the gang at Redmond have also added the ability to see which app is using your PC's mic.

Another handy feature sees an orange indicator shown in the system tray to indicate that an update is awaiting a reboot. The Mail and Calendar app has also seen some love, with the ability to switch directly to To-Do.

Other than that, and the usual wave of bug fixes (including mapped network drives showing up as unavailable), the release is very much a "steady as she goes" as Microsoft gears up for its volunteers to give the OS a good kicking for nine days, starting on 11 January 2019 as part of its "Bug Bash".

Hopefully the team will take on board more of the feedback generated before unleashing the next major release, likely to be in April 2019. Third time lucky, eh chaps? ®