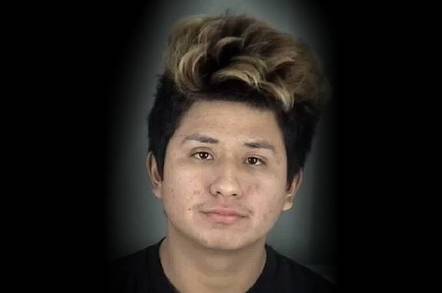 A Florida man is accused of taking a break from a Grand Theft Auto session to rape a 15-year-old girl, the alleged attack apparently recorded by his PlayStation 4 microphone.

ABC's Tampa Bay bureau reported this week the arrest of eighteen-year-old Daniel Enrique Fabian. He has been charged with “lewd and lascivious battery.”

An unnamed second GTA player said Fabian told him he was taking a break from the online multiplayer game to have sex with the girl (the word he used, apparently, was “smash” her), and over the open microphone, he heard the girl in distress and saying “no,” repeatedly, it is alleged.

The arrest affidavit claims the victim told Fabian to stop four times, but he continued to have sex with her, according to the ABC report. Fifteen minutes later, Fabian returned to the internet game.

The young girl told police Fabian held her down to rape her, and local media WFLA reported that a medical examination and DNA tests supported her claim.

WFLA added that it was unclear whether it was the other player who reported the crime to the cops.

A Pasco County sheriff's office spokesman also told the TV station Fabian had been arrested in June on a separate rape accusation, and released on a US$10,000 bond. Police claim the latest offence happened at Fabian's home on June 28, and he was collared on November 21. He is in custody. ®