Judging by all the emails I'm getting, I think it is already 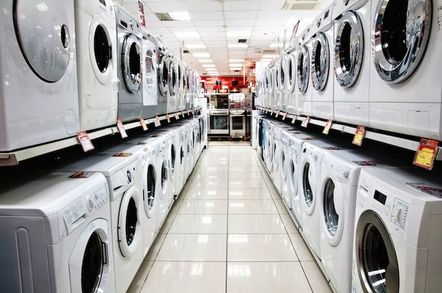 Something for the Weekend, Sir? This may come as a total surprise to you but today is Black Friday. Yes! It crept up on us unawares without anyone mentioning it once.

Indeed, they mentioned it not once but at least a dozen times – each. But this year's Black Friday has a very different feel to those in recent years, especially here in Britain where it is still regarded as a relatively new Christmas shopping concept imported from the US.

For those who consider gift-shopping too tedious to contemplate, allow me to explain. Black Friday is like a New Year sale except that it's six weeks too early and the prices aren't any lower than they used to be. If the items are clothing, they will be woefully out of fashion. If the items are tech goods, they will be at least three years out of date.

If you're now thinking Black Friday is a stupid idea without any merit whatsoever to consumers, you've understood the concept perfectly.

So how is that different from Cyber Monday, you ask?

Well, as I understand it, Black Friday is when bellowing lardies burst into department stores, clamber over each other and get into fisticuffs over who's first to nab TV sets built in 2006, leftover games consoles and paving-stone laptops that nobody would remotely consider buying at any price on any other day of the year.

Cyber Monday, by contrast, is the one day each year that online retailers allocate for their servers to crash. To make it more entertaining, feeble promises of "great deals" on obsolete products are announced in order to attract a whole new wave of customers to experience these crashing servers too.

Now, given the relentless shift from high-street shopping to online – hastened by the fear of being elbowed in the face by a morbidly obese stranger hugging an underpowered microwave oven – there is an inevitable confusion between these two pre-Christmas shopping events. With many physical department stores ditching the concept because of bad publicity and the cost of having their staff hospitalised by psychopathic-pneumatic customers, practically all Black Friday activity looks to be pretty "cyber" anyway this year.

However, another reason Black Friday 2018 might feel a little lightweight in the UK is that our attention is focused elsewhere. Instead of girding ourselves to tut-tut at the disgraceful behaviour of the poor and deprived who are desperate to grasp what they've been deceived into believing is a bargain, such seasonal frivolity has been nudged out of the headlines by something called Brexit.

I won't annoy local readers by exploring the pros and cons of quitting the European Union, nor bore international ones by examining its political and economic implications. All that matters is that Brexit has turned every Briton on either side of the debate into an indignant, humourless bastard. Indeed, I can barely recall the happier times before all this unpleasantness, when we simply thought of the European Continent as a quaint place where they spoke funny, waved their hands around a lot and sold curiously branded chocolate bars. 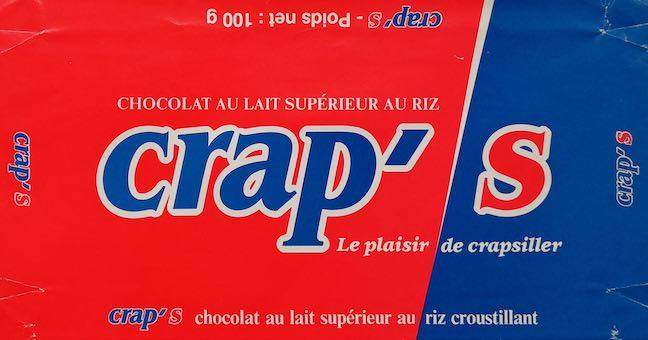 Brexit is a distinctly English form of buggeration – unlike any of that Friday Fatty Fighting that might be taking place in department stores today which could only have been invented by a foreigner.

This was driven home earlier in the week when our Prime Minister (at time of writing) went full Trump by denouncing Mme Dabbsy as a "queue-jumper".

Anywhere else in the world, you would laugh this off. In England, however, queueing is no laughing matter. It is a national pastime. When someone talks about "great British values" they're referring to our penchant for forming orderly queues.

If you don't queue for things in the correct manner, people get very cross indeed. Should you help yourself to tea and biscuits out of turn after church on Sunday, they'll be soaking up the bloodstains and scraping your brain matter out of the cracks in the parquet flooring for weeks afterwards. The evolution of homo sapiens britannicus was a process Darwin referred to as "Survival of the First in Line".

The English will queue up unprompted and without the need for marshalling, even under the most trying circumstances. We will queue for everything and anything: at bus stops, at stadium turnstiles, at soup kitchens, at food banks, outside hostels. As George Mikes famously observed in How To Be An Alien: "An Englishman, even if he is alone, forms an orderly queue of one."

To be accused of "queue-jumping", therefore, is to be labelled the most heinous type of criminal possible on these shores... and now the government has very publicly announced that my wife is one such. I expect the first flaming turds to drop through our letterbox any time soon.

Nor will it just be our immediate neighbours squeezing their steamers into sandwich bags. The whole world will soon recognise the villainous queue-jumping Mme D on sight thanks to Google Maps: she appears in my most popular photo upload to the service, currently ranking at around 62,000+ views. See for yourself but don't tell anyone, OK?

Like everyone else, queue-jumpers are probably better off doing their devious and thoroughly un-British Black Friday shopping from the comfort of their own smartphone, so that's what we'll be doing. Or we might do it on Cyber Monday.... or Still Shopping Online Tuesday, My Online Account Details Have Been Stolen Wednesday, Why Are My Credit Cards Maxed Out Thursday, or We Might Have To Jump The Queue At The Food Bank Friday.

Alistair Dabbs is a freelance technology tart, juggling tech journalism, training and digital publishing. He wishes Scotland would get a move on with its independence drive so that he can apply for a Scottish passport and keep one foot in the EU. He hopes this would enable him to jump the queues at European airports. @alidabbs

Experimental 'insult bot' gets out of hand during unsupervised weekend

Who, Me? Creators ticked off for running CPU flat out over the break

Skip that Friday beer: the academic research tool is now open to one and all

On Call All for the want of a drop of lubricant

SpaceX nails two launches and barge landings in one weekend

Your bike ride/Glastonbury/hookup with a hottie looks a bit less epic now, eh?