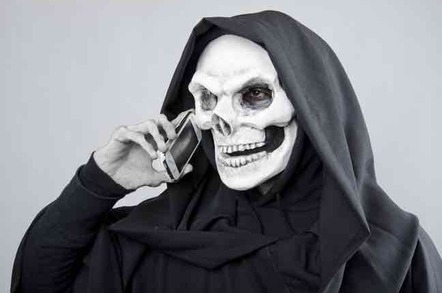 After faking one's own death to defraud a life insurance company, it's best to avoid being photographed alive and well, particularly when border agents may be reviewing those photos.

That's a lesson learned too late by Igor Vorotinov, age 54, who was just arrested in the Republic of Moldova and extradited to the US State of Minnesota – a prior place of residence – to face charges of mail fraud brought three years ago.

According to court documents, Igor and his wife Irina Vorotinov, age 51, between September 2011 and March 2012 devised a scheme to defraud life insurance company Mutual of Omaha by faking the husband's death so the wife could collect a $2m life insurance policy.

"On October 1, 2011, Igor staged his death in Moldova by arranging for the corpse of an unknown person to be placed between two bushes at the entrance of the Cojusna village in Moldova and placing in the clothes of the corpse lgor's passport and other identification documents," the indictment states.

Irina travelled from her residence in Minnesota to Moldova to identify the body, at which point she obtained a death certificate from local authorities and had the body cremated. Returning to the US with ashes of something or someone in an urn, she then asked Mutual of Omaha to pay Igor's $2m life insurance policy.

The company paid out in March 2012, after which Irina involved an unidentified third party to open an account at a US Bank branch to deposit the funds. This third-party then transferred $1.5m to an account in the name of her son, Alkon, age 28, and the insurance proceeds were subsequently transferred to accounts in Switzerland and Moldova.

The criminal complaint against Irina – who in 2016 pleaded guilty to mail fraud and engaging in a monetary transaction involving criminal proceeds, and was sentenced that year to 37 months in prison – explains that in June 2013, someone told the FBI that Igor was alive.

That may explain why US Customs and Border Protection agents paid attention to Alkon and his fiancée. When the pair returned to the US from a trip to Moldova in November 2013, CBP agents seized their laptops. A warrant was issued shortly thereafter. On one of the devices, a Sony VAIO laptop, investigators found pictures of Igor taken in April and May 2013 in which he looked very much alive.

Metadata attached to the pictures indicated that they were taken with a Canon IOS Rebel T4i, which was released in June 2012, nine months after Igor had supposedly died.

The son, said to have become aware of the fraud no later than April 2013, pleaded guilty to concealing and failing to report his family's fraud scheme and was sentenced to three years of probation. Along with his mother, he is required to return the fraudulently obtained funds.

Igor, if convicted of mail fraud, faces a maximum possible penalty of 20 years in prison. ®