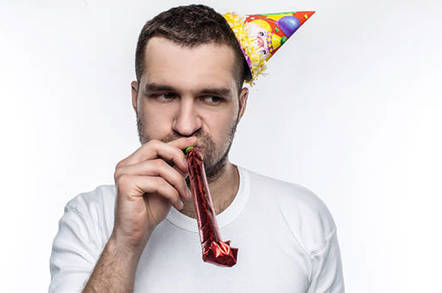 Black Friday may take on a different meaning in 2018 as the consumer shopping bonanza looks set to be an utter flop in the largest economies across Europe.

Based on analysis by CONTEXT of distribution sales volumes into retailers and web-based resellers across a "crucial" six-week period at the start of Q4, the sales growth dial is pointing in the wrong direction.

"Most vendors prepare for this event in advance by ensuring most of their shipments to retailers and distributors are largely complete by the end of week 39," said Adam Simon, global managing director at the market watcher.

"So distribution volumes into retail/e-tail after this time are a good indicator of consumer demand," he said. "Overall we're not seeing any major year-on-year volume sales increase in notebooks. And if there is growth in sell-out compared to 2017, it could mean a weaker December."

Black Friday was imported from the US where it is the traditional consumer blowout of the Friday following Thanksgiving, though these days, the sales period tends to be spread across a longer period. Amazon, for example, runs its promos from 16 to 25 November.

CONTEXT said in the UK there is "certainly no sign of a coming Black Friday sales spike": sales of consumer kit into distribution are down 11 per cent on 2017 and down a whopping 35 per cent on 2016 levels.

The QT, a consumer tracking study, found that Black Friday is losing its appeal to Brit consumers with some thinking they can get deals that are just as good all year round.

The same dynamics are being seen in distributors across mainland Europe, CONTEXT said, with sales volume into the channel down 11 per cent in Germany compared to the end of the six week period in 2017, and down 20 per cent on 2016.

In France, shipments into disties are down 23 per cent on last year and down 44 per cent versus 2016.

Only Italy and Spain were among the five nations across the continent to report positive growth in the six weeks to week 45 of the year. ®

Reduxio turns inward and, er, sales off for the channel