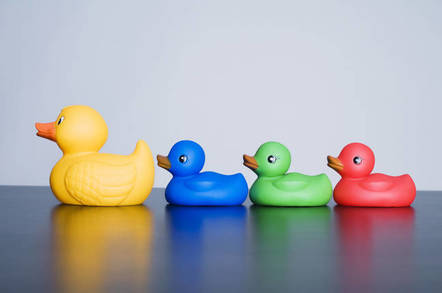 Don't be a sitting duck

The first two bugs were described in this post on the Full Disclosure mailing list on Tuesday. There's one remote code execution (RCE) vulnerability (CVE-2018-11066), and one open redirection vulnerability (CVE-2018-11067). Nine Dell Avamar releases – six versions of its server, and three integrated data protection appliances – are affected, and patches for all versions are available from support.emc.com.

Details on the RCE were scant, but we're told it can be exploited by an unauthenticated attacker to run arbitrary commands on the server. So, total pwnage, then. The open redirect bug would be useful to attackers bent on a phishing campaign: “A remote unauthenticated attacker could potentially exploit this vulnerability to redirect application users to arbitrary web URLs by tricking the victim users to click on maliciously crafted links,” the Dell advisory stated.

CVE-2018-11077 is an operating system command injection vulnerability that affects nine versions of the Avamar server, and three data protection appliance variants. The post explained the bug was in the products' getlogs utility, and would allow a malicious Avamar admin to “execute arbitrary commands under root privilege.”

The security holes were turned up by Australian security research outfit TSS Cyber.

As SANS Senior ISC Handler Xavier Mertens remarked, “This is a perfect example of how a product 'A' can affect a product 'B' when technologies are reused across multiple solutions.” ®