FY18 dogged by execution woes but, er, all sorted now 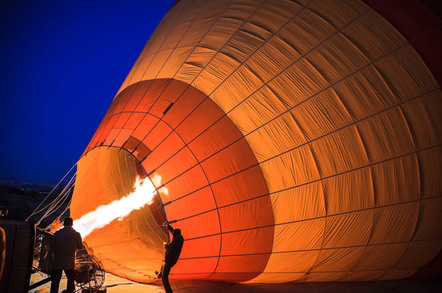 The latest CEO to take the controls at Brit accountancy software maker Sage is intending to convert the laggards in its customer base to the cloud by spending £60m on R&D and product improvements.

It has been a troubled year for the organisation, what with operational execution woes hitting financial results and high-profile group CEO Stephen Kelly quitting the £790k-a-year job in August.

The full-year numbers for fiscal '18 ended 30 September were published today (PDF): sales were £1.819bn, up 6.8 per cent organically – lower than the 7 per cent Sage forecast.

Steve Hare, the former Sage chief beancounter who replaced Kelly, said today: "Actions have been taken to address the issues identified at H1 18, namely inconsistent execution in driving recurring revenue in the UK and Ireland and Enterprise Management slippage."

This had led to "sequential increases" in those monthly recurring revenues in each month of the second half of the year – so it was better than it could have been. Sage didn't specify the actions taken.

Organic revenue grew 2 per cent in the UK, following a flat first half. In North America, growth was up 12 per cent, French ops grew 3 per cent, Central Europe and Australia climbed double digits, while Iberia was up 9 per cent, Africa and the Middle East 3 per cent, and Asia declined 5 per cent.

Hare said Sage will invest more in the Sage Business Cloud to "fully" embed it in emerging tech; expand availability of the Business Cloud; and improve the services fabric of the Biz Cloud that breaks down single-tiered software into a huddle of separate web services. This is expected to help migration pathways and polish micro services.

The CEO also said the firm was investing in systems that give a clearer "end-to-end view" of the customers that Sage can use to give it "more insight and improving the ability to sell to and support customers at more efficient levels".

"Together, these initiatives are anticipated to require accelerated investment, with an impact on operating expenses of around £60m in FY 19, with approximately two-thirds of this investment allocated to product and innovation," said Hare.

According to Lee Prout, analyst at Megabuyte, the greater push to the cloud will come at "the cost of short-term growth and profitability".

"This is in contrast to a previous strategy to accelerate organic growth to double digits which, in our view, was all smoke and mirrors in that it was a strategy that involved acquiring businesses and then assuming that that acquired entities had already been part of the group."

Prout said by his estimates, the new strategy equates to a 15 to 20 per cent downgrade on forecasts for Sage's fiscal '19. As he pointed out, this wasn't well received by investors this morning and the shares were down 6 per cent although they were already down 21 per cent in the past 12 months.

"The unknown going forward is how quickly these margins can recover after deploying the stated £60m investment."