Dutton busts out the ol' razzle-dazzle of terrorists, encrypted chat and hand-wringing 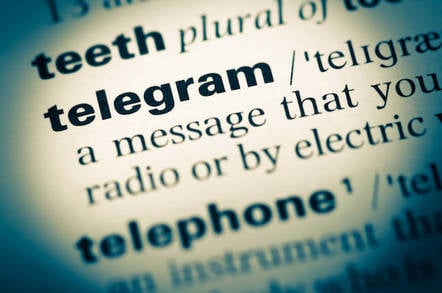 Australia's home affairs minister Peter Dutton wants the parliamentary inquiry into his proposed crypto-busting law to wind up its work, and send the draft rules back to legislators to approve, stat.

This is the law that will let Aussie cops and intelligence agents pressure communication service providers into coughing up access to unencrypted messages under an escalating set of notices, from voluntary compliance all the way to a court order. How exactly that can happen with strong and secure end-to-end cryptography is something for you nerds to somehow figure out.

Another sticking point is that what exactly is a communication service provider is left a little vague: it could be an app maker, a chat server, or a website.

TWAT: The War Against Terror

Dutton seized on the arrest in Melbourne of three men accused of trying to get their hands on a semi-automatic rifle for a mass shooting to strengthen his hand. According to the ABC, Victoria Police told a magistrate they will use 15,000 intercepted phone calls and 10,000 text messages as evidence that brothers Ertunc and Samed Eriklioglu and Hanifi Halis were allegedly planning an Islamic State-inspired attack.

Right on cue, the minister claimed the investigation was hampered by the three using encrypted chat apps, something backed up by Victoria Police's counter-terrorism assistant commissioner Ross Guenther. Something, of course, must be done about it.

Guenther told the ABC: “The likes of Telegram and WhatsApp are very commonly used as a mechanism of communication between plotters,” and said access to those messages would let police “disrupt” terror plotters sooner.

“I want to get it through as quickly as possible”, Dutton added yesterday. “The Joint Committee on Intelligence and Security needs to deal with this very quickly so they can return it back, so the government can deal with this in the parliament.”

Dreyfus noted that the legislation is still in committee, and said his party “would never announce a final position” on laws that “might change substantially following the inquiry and report.”

Dreyfus asked attorney-general Christian Porter to get the home affairs minister to rein in his rhetoric, asking that Porter “urge him to refrain from any further politicisation of national security matters.”

Parliamentary Joint Committee on Intelligence and Security chair Andrew Hastie didn't commit to how soon the hearings would be wound up: “I've heard what the minister had to say, and we're working on it. We're working through the process now … we'll bring that to a conclusion soon,” he told Sky News yesterday.

Australia isn't the only country with encryption in its sights. Our friends at Heise yesterday reported on a speech by the new president of Germany's Federal Office for the Protection of the Constitution, in which he also said criminals are “going dark,” and law enforcement needs technical capabilities to access encrypted communications.

Australia's effort to intensify its “war on cryptography” came at a time where Oz's mainstream press has turned its attention to the problem of BGP hijacking-slash-misconfiguration.

The recent BGP hijacking report by the US Naval War College and Tel Aviv University, confirmed by Oracle Internet Intelligence, noted that Australia was one of the countries that had its internet traffic routed through China Telecom. The Sydney Morning Herald has caught up with that story, and Google's recent incident, in which Nigerian telco Main One announced routes that took The Chocolate Factory's traffic on a magical mystery tour through Russia and China.

El Reg would think a country would argue for more encryption, not less, if its internet traffic was at risk of redirection for espionage. ®